Now Discovery Has a Fuel Leak; Delayed Another 48 Hours At Least

Perhaps its sentimentality that’s making Discovery stall its 39th and final mission. Scheduled to launch at 3:04 p.m. today after... 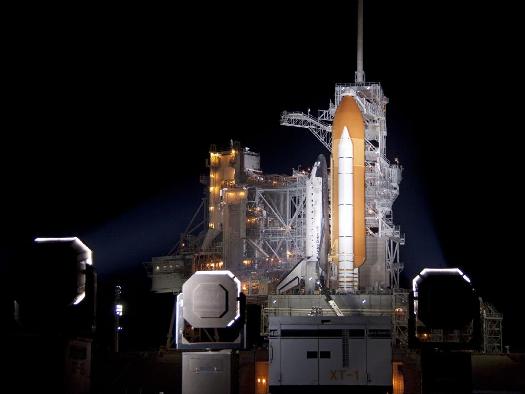 Perhaps its sentimentality that’s making Discovery stall its 39th and final mission. Scheduled to launch at 3:04 p.m. today after four days of delays for reasons ranging from helium and nitrogen leaks to voltage irregularities to stormy weather, the shuttle began leaking hydrogen fuel this morning midway through the fueling process.

NASA’s oldest and most traveled shuttle is scheduled to carry six astronauts, equipment and humanoid Robonaut 2 to the International Space Station, leaving the ‘bot behind to tend to the station and help astronauts with their experiments while on board.

NASA reports that launch controllers are considering their options and working towards meeting the scheduled launch time today. The pressure is on–if Discovery doesn’t lift off by Sunday, the flight will be off until December due to unacceptable solar angles.