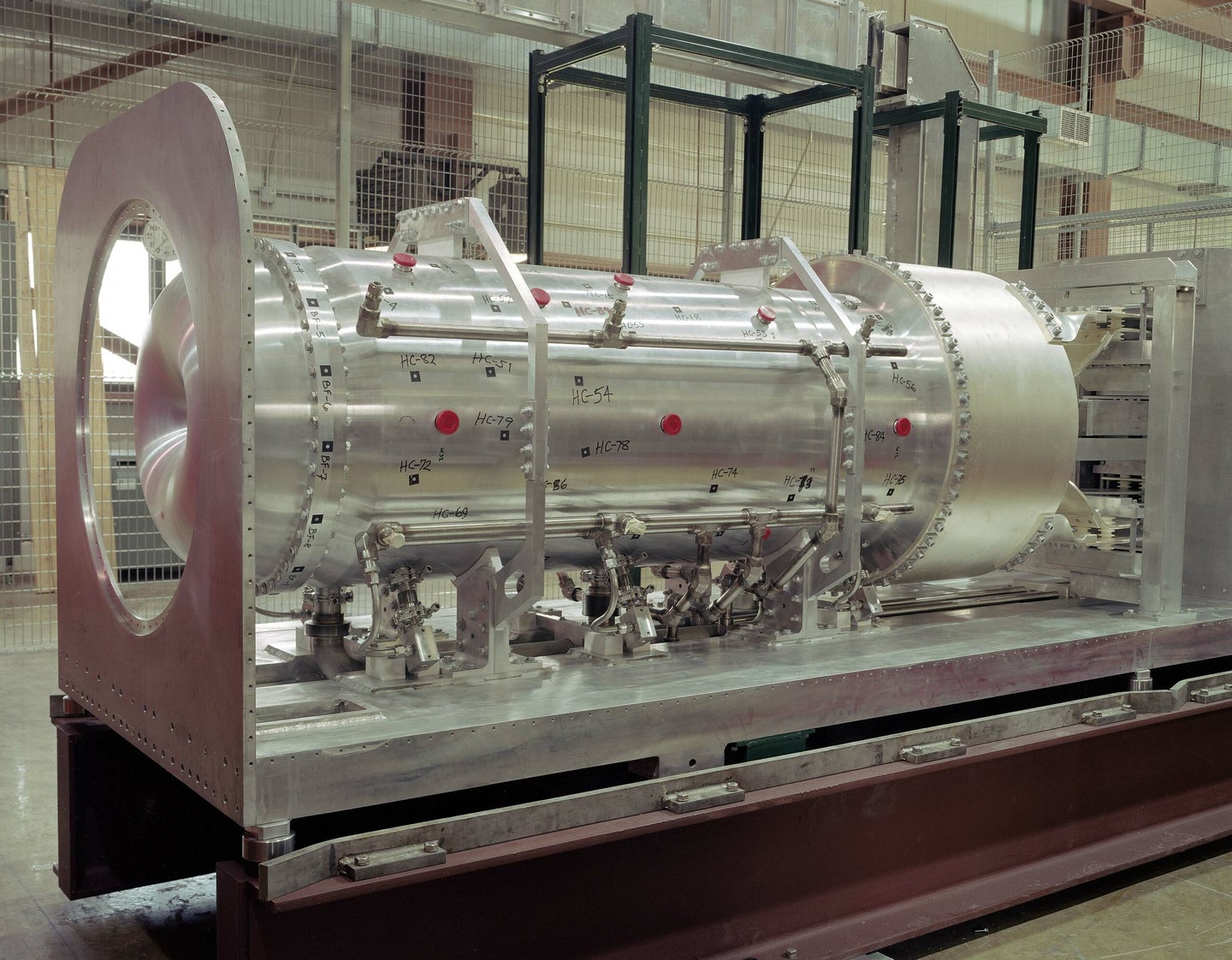 This focusing device, called a horn, is pulsed five times per second with a 170,000-amp current, creating a strong magnetic field that steers neutrinos toward the MiniBooNE detector. Reidar Hahn/Fermilab
SHARE

Physicists working with a Fermilab neutrino experiment may have found a new elementary particle whose behavior breaks the known laws of physics. If correct, their results poke holes in the accepted Standard Model of particles and forces, and raise some interesting questions for the Large Hadron Collider and Tevatron experiments. The new particle could even explain the existence of dark matter.

Working with Fermilab’s MiniBooNE experiment — the first part of the larger planned Booster Neutrino Experiment — physicists found evidence for a fourth flavor of neutrino, according to a new paper published in Physical Review Letters. This means there could be another particle we didn’t know about, and that it behaves in a way physicists didn’t expect.

Neutrinos have been mystifying physicists since they were first theorized decades ago. They are one of the building blocks of matter, and to the best of our knowledge, they come in three varieties, called flavors: electron neutrinos, muon neutrinos and tau neutrinos. Oscillation is what happens when neutrinos turn from one flavor to another; an electron neutrino might turn into a muon neutrino, and then turn back again. How often they do this tells physicists about the infinitesimally small differences in their masses. Neutrino mass is important because it may lead us to physics beyond the Standard Model. And that is exactly what seems to have happened.

Examining three years’ worth of MiniBooNE data, researchers detected more oscillations than would be possible if there were only three flavors. The simplest explanation is that there’s another flavor, and that it is “sterile,” meaning it does not interact with the weak nuclear force; it only interacts via gravity, which makes it really hard to detect. Incidentally, the same holds for dark matter. Sterile neutrinos could therefore help explain dark matter, which makes up most of the universe, according to William Louis, a scientist at Los Alamos National Laboratory, who is quoted in a news release about the MiniBooNE findings.

MiniBooNE was built to confirm some odd results from a decade ago at a scintillation detector in Los Alamos, which had also found faster-than-anticipated oscillations. When Fermilab physicists tried the experiment with a beam of neutrinos, they could not replicate the Los Alamos scintillator’s results. But when they tried it with antineutrinos instead, they found what they were seeking — antineutrinos oscillated into electron antineutrinos faster than expected. This is odd because it violates the symmetry principle, which holds that antiparticles’ behavior mirrors that of their regular-matter counterparts. The fact that it didn’t work with a neutrino beam is also weird, according to Byron Roe, a physics professor at the University of Michigan.

Now that MiniBooNE has confirmed these results, physicists might want to build the full-sized BooNE to prove it once and for all.