125 Glorious Years of Popular Science in One Giant Picture 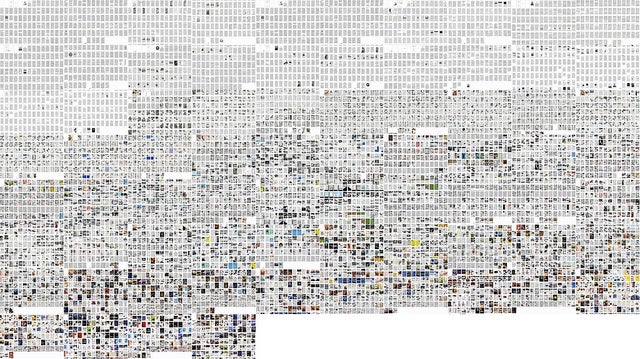 Lev Manovich, a new-media theorist and professor, has lately been constructing a few mega-collages to show at a glance how some of our longest-running magazines have changed. Science and Time have both gotten the treatment, and the newest is–surprise, surprise–us! This single image shows 125 years of Popular Science, from 1882 to 2007, in one monstrous 74-megapixel collage.

The image, which you can view here in its entirety if you think your computer is up to the challenge, shows the layout of one complete issue every five years. You can see the magazine slowly change from a hard science-focused, text-heavy publication in the late 19th and early 20th centuries (!) into the more visual and populist publication we have today. (Text-heavy publications would not succeed today, of course, because of the YouTubes.) There’s also the move from illustrations to photographs, though thankfully we haven’t totally abandoned illustrations.

It’s definitely a more interesting approach than just showing the cover (there being more to science magazines than their covers, as the maxim goes). The complete archive of Popular Science is available for free, in case you want a more in-depth look at our history.

[Lev Manovich via Infosthetics via Gizmodo]