Infographic: Which Asteroids Are Swinging Closest to Earth?

Perhaps the most unsettling thing about a planet-killing asteroid is that we might never see it coming. But this infographic... 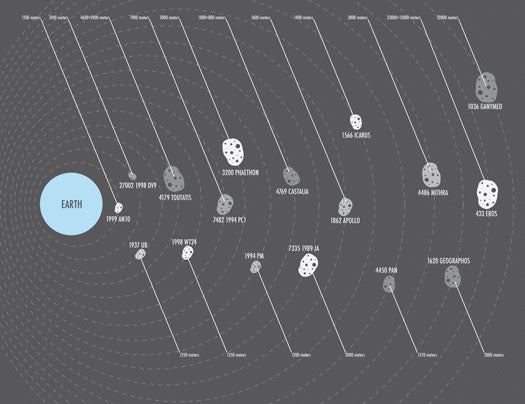 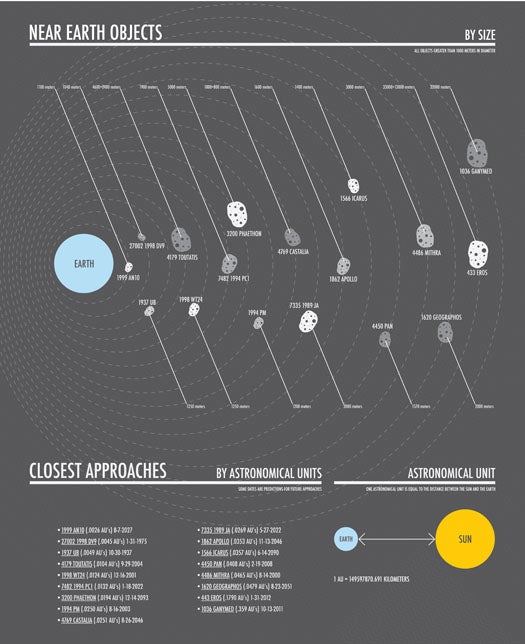 Perhaps the most unsettling thing about a planet-killing asteroid is that we might never see it coming. But this infographic by Mechanicsville, Md.-based designer Zachary Vabolis helpfully visualizes which candidate near-earth objects will be swinging through Earth’s neighborhood and when they’ll be closest.

The data comes from public NASA records and tracks 17 of the closest astronomical menaces to Earth that are greater than 3,280 feet across – that is, big enough to do some catastrophic damage. The closest rock to come screaming past Earth – 1999 AN10 – is more than 3,600 feet across but won’t buzz the blue marble until 2027. The largest object on the chart, known as 433 Eros, will come around much sooner, in January of 2012.

That’s right, 2012. Remind yourself that the end is near with a hi-res version here.

[Power of Visualization via FastCo Design]