NASA Budget Likely to Remain In Limbo Until After Election Day, Lawmakers Say

Apparently, space doesn’t sell in an election year. Lawmakers are saying Congress is unlikely to make any spending decisions about... 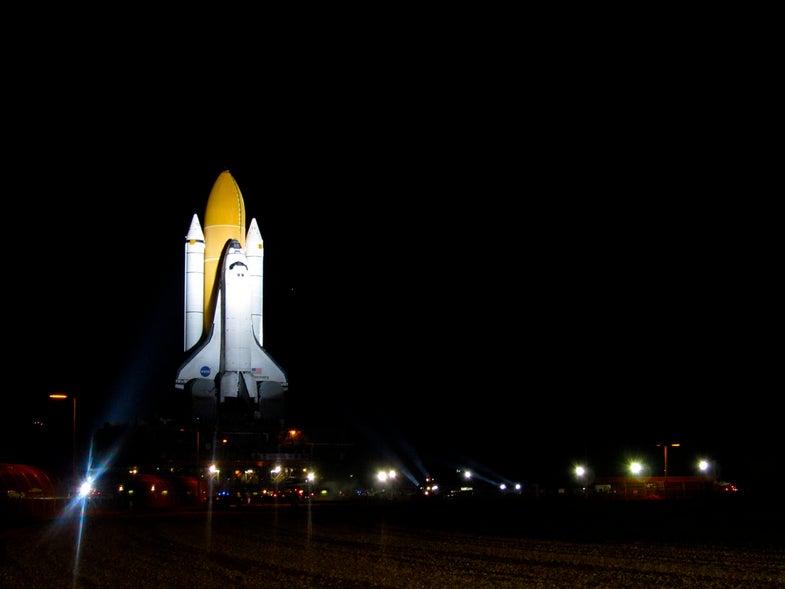 Apparently, space doesn’t sell in an election year. Lawmakers are saying Congress is unlikely to make any spending decisions about NASA until after November 2, according to several reports.

Congress has been debating the space agency’s future in fits and starts since the beginning of the year, when President Obama first proposed shifting its priorities. Lawmakers balked at his plans and offered their own budget suggestions, which have been bandied about through the summer. Still, competing House and Senate bills remain in play, and they’re unlikely to get resolved in the next two weeks, when Congress goes on fall break to concentrate on the midterm elections.

There were some signs of hope today, however. Sen. Bill Nelson, D-Fla., has been negotiating a new blueprint with Rep. Bart Gordon, D-Tenn., according to Florida Today. If the two reach a compromise, the House could debate a NASA bill by next week, according to House Majority Leader Steny Hoyer, D-Md.

Those in favor of NASA funding increases should hope they act quickly, because Republican leaders have said if they regain control of Congress, they’ll call for a spending freeze and a return to 2008 funding levels.

NASA has been in a state of limbo since February, when Obama proposed killing the Constellation program and relying on private firms to deliver astronauts and payloads to low-earth orbit. That plan is now dead, and the White House supports a Senate bill that includes a heavy-lift rocket as well as funding for the commercial space industry. The Senate already passed it, but it needs to be reconciled with a House bill.

Thursday afternoon, the House Science Committee moved closer to the Senate bill, adding compromise language that calls for building a heavy-lift rocket capable of launching an Orion-like crew capsule by 2016. But as Aviation Week reports, committee members are unsure whether Speaker Nancy Pelosi will bring the bill to the floor before the fall recess.

As it stands now, NASA has enough money to fly two more shuttle missions — Discovery in November and Endeavour in February, on the last mission to the International Space Station. The Senate bill and updated House bill include funding for one more launch sometime next June, but it’s not official yet. Beyond that, the agency’s future is in flux until Congress lays out a formal spending plan.

NASA brought Space Shuttle Discovery to the launch pad for the last time this week, preparing for its final launch in November. Maybe the second-to-last shuttle flight will remind Congress that after they wrap up this ugly election cycle, they still have some work to do.