Plants are extremely efficient converters of light into energy, more or less setting the bar for researchers creating photovoltaic cells... 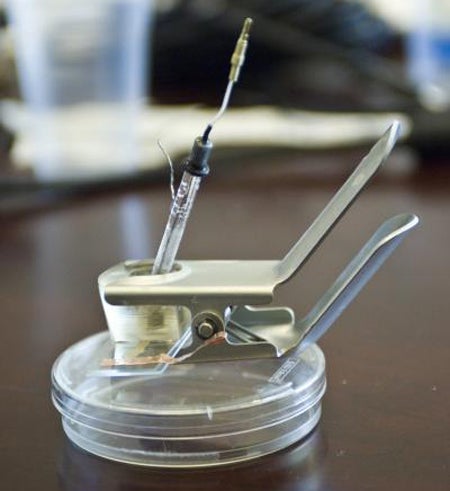 Plants are extremely efficient converters of light into energy, more or less setting the bar for researchers creating photovoltaic cells that convert sunlight into electricity. As such, researchers are constantly trying to mimic the tricks that millions of years of evolution and development have taught to plant biology. Now, a team of MIT scientists believe they’ve done it, creating a synthetic, self-assembling chloroplast that can be broken down and reassembled repeatedly, restoring solar cells that are damaged by the sun.

While the leaves on a tree appear to be as static as the PV cells on a solar panel, they’re not; sunlight is actually quite destructive, and to counter this effect leaves rapidly recycle their proteins as often as every 45 minutes when in direct summer sunlight. This rapid repair mechanism allows plants to take full advantage of the sun’s bountiful energy without losing efficiency over time.

To recreate this unique regenerative ability, the MIT team devised a novel set of self-assembling molecules that use photons to shake electrons loose in the form of electricity. The system contains seven different compounds, including carbon nanotubes that provide structure and a means to conduct the electricity away from the cells, synthetic phospholipids that form discs that also provide structural support, and other molecules that self-assemble into “reaction centers” that actually interact with the incoming photons to release electrons.

Under certain conditions, the compounds assemble themselves into uniform structures suitable for harvesting solar energy. But in the presence of a surfactant (similar to the stuff used to disperse oil during oil spills) the structures break down into a solution of nanotubes, phospholipids, and other constituent molecules. By pushing the solution through a membrane to remove the surfactant, the elements once again assemble into working, rejuvenated solar cells undamaged by their prior exposure to the sun.

The cells are work at 40 percent efficiency, and researchers think with some tweaks they could push that efficiency much higher. And because they don’t degrade over time – just give ’em a quick shake with the surfactant and they’re essentially brand new – the tech could be the next big step forward for solar technology.