While trying to create a better synthetic environment in which to study how ovarian cells develop and interact, a Brown... 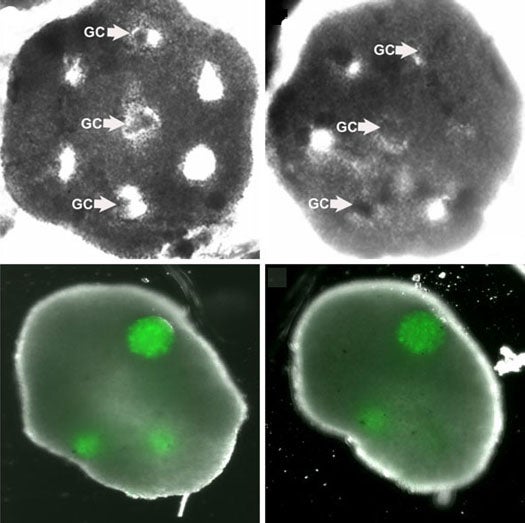 While trying to create a better synthetic environment in which to study how ovarian cells develop and interact, a Brown University researcher and her colleagues have created the first working artificial ovary. Using special “3-D Petri dishes” and samples of donor cells, the team has already created an artificial organ that has carried human eggs through to maturity.

To do so, they had to coax the three main cell types found in the human ovary into particular three-dimensional structures. The means for doing so were found in a special moldable agarose gel, dubbed 3-D Petri dishes, that encourage cells to grow into certain shapes and structures.

The researchers first created honeycomb-like structures out of donated theca cells, one of the main cell types found in the ovary. Once in a honeycomb arrangement, the voids in the structures were filled in with granulosa cells along with human oocytes (those are the eggs, you’ll recall from biology class). In just a few days, the artificial cellular structures had enveloped the egg cells, essentially becoming a functioning ovary.

The eggs then matured from a young state to full maturity, demonstrating that the structures aren’t only good for experimenting with ovarian cells but also for clinical use. So while the artificial organ can be used as a living laboratory for research on egg development and ovarian function, it could also be used clinically to bring immature eggs to term outside the bodies of women facing cancer treatments or other fertility-hindering treatments.

[Journal of Assisted Reproduction and Genetics via PhysOrg]