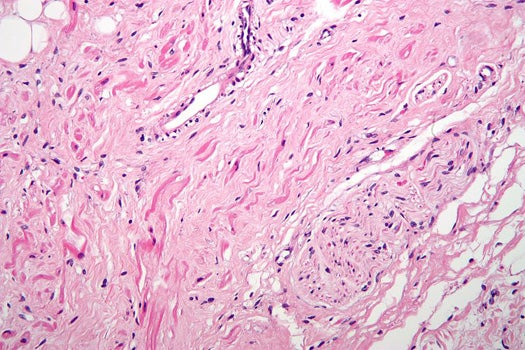 Perhaps it’s in the nature of regenerative medicine news to multiply. Earlier today stem cell researchers announced the first clinical trial using adult stem cells to treat a spinal cord injury would begin at the end of the month. Now, two studies have hit the wire this afternoon detailing two different ways to fix damaged hearts, one by turning structural cells into beating heart tissue, another by restoring mammals’ long-lost ability to regenerate heart tissue much as some amphibians regenerate lost limbs.

The first study, conducted at the Gladstone Institute of Cardiovascular Disease at the University of California, San Francisco, reprogrammed fibroblasts — structural heart cells that cannot beat — into beating cells by adding a handful of genes into the mix. The team took the genes that turn cells in a developing embryo into cardiomyocytes, or beating heart tissue cells.

By adding these genes — there were only three of them — to fibroblasts removed from mice and reinserted the gene-loaded fibroblasts into living mice, the cells transformed into beating heart tissue within a day.

The second study looked to amphibians like newts to figure out why mammals cannot regenerate tissue like amphibians can. Some studies have theorized that over time, mammals gave up the ability to regenerate because the process can also lead to runaway cell division — cancer. A genetic tumor suppressor may have evolved somewhere along the way that keeps humans from regenerating everything from severed limbs to damaged heart tissue.

Researchers found that a couple of genes — retinoblastoma, or Rb, and another known as ARF — are involved in tumor suppression. So they blocked the genes in mice with heart problems. Their heart cells then began to grow and divide, replacing old and damaged tissue.

Of course, both of these therapies need a whole lot of scrutiny, testing, and more testing before they end up in human trials, but either or both could spell big news for those living under the constant specter of heart failure. When humans suffer from heart attacks, their heart cells die (how many depends on the severity of the attack and how long they are deprived of oxygen). This leaves inactive scar tissue behind that does not regenerate, meaning that person is permanently left with a faulty heart that never heals (hence all the assistive mechanical devices like the one former VP Dick Cheney just received).

Something like 5 million Americans live with heart failure constantly threatening. The ability to regenerate those damaged cardiovascular tissues that keep our hearts strong would allow our bodies to repair themselves without resorting to extremely risky transplant surgeries or invasive implanted medical devices.