Social bike programs have launched in metropolitan areas around the world with mixed results (for instance, Paris’s Vélib” program has... 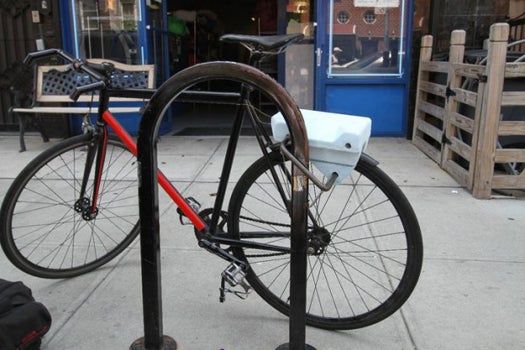 Social bike programs have launched in metropolitan areas around the world with mixed results (for instance, Paris’s Vélib” program has enjoyed decent ridership but thousands of bikes have been stolen). But a public bicycle program called SoBi (Social Bicycle) aims to drive down the public cost of bike sharing systems while making it much more convenient to pick up and drop off bikes, using clever technology.

Essentially, SoBi attaches GPS and transmitter-enabled lock boxes onto a bunch of bikes — any bikes will do, they don’t have to be uniform. When the bike is locked up — anywhere, not just at a designated kiosk as in Paris’s system — it shows up in a map app that directs users to the closest bike. Using the app (or a PIN) you unlock the bike and use it to get where you’re going. Your account is charged for the time you use the bike; lock it up at your destination and the meter stops running and the bike becomes available to the next user. A “hold” function will even lock the bike for up to ten minutes without making it available to the next customer, in case you need to simply run indoors for a quick errand.

There are some problems that the scheme fails to solve — theft will remain an issue — but all of those problems already existed in other bike share programs. Meanwhile, SoBi claims it can cut the cost per bike from $3,000-4,000 to less than $1,000 because there’s no need for infrastructure like bike hubs. You can pick up or drop a bike anywhere on a conventional rack (or street sign, or fence, or handrail, etc.).

A limited beta test will roll out in NYC later this year.

The Social Bicycle System from Ryan Rzepecki on Vimeo.