File this under news you can raise a glass to: Researchers at Edinburgh Napier University have figured out how to... 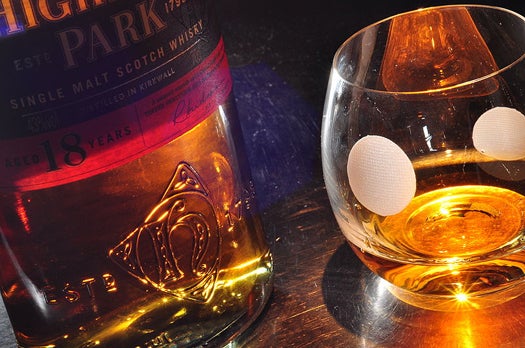 File this under news you can raise a glass to: Researchers at Edinburgh Napier University have figured out how to turn the leftovers from one of Scotland’s biggest exports into biofuel. Made from byproducts of the whisky-making process, the scotch-derived biofuel is ready to run in ordinary automobile engines without requiring any modifications.

The two main byproducts of the whisky production process are “pot ale” – the leftover liquid in the copper stills – and the used-up grains called “draff,” which together can be processed into the fuel butanol. Butanol could be burned entirely on its own, but more likely it would be mixed with gasoline or diesel at about ten percent to reduce the amount of petroleum needed to produce a gallon of fuel.

The process is a clever means of extracting extra production and revenue from one of Soctland’s biggest and most active industries, and because it produces biofuel from industrial waste it doesn’t require any additional agriculture or resource consumption on top of what’s already taking place. Perhaps best of all, turning the waste material into biofuel takes nothing away from the product itself, so drivers get to have their scotch and burn it too – though ideally not at the same time.