American motor engineering prides itself on muscle while German engineering is known for speed and precision, but neither of these... 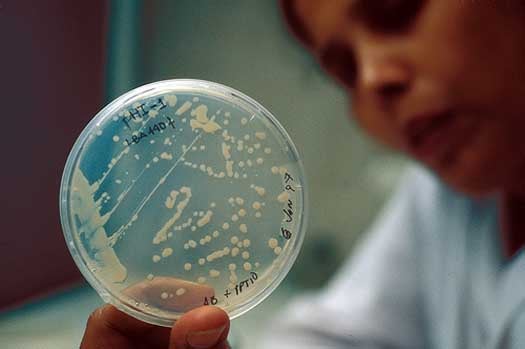 If engineers can figure out how to stop bacteria's super-efficient engine, they could create new tools to stop or slow infections. IRRI Images via Flickr
SHARE

American motor engineering prides itself on muscle while German engineering is known for speed and precision, but neither of these century-old crafts can stand up to the multi-millennia advantage that evolution enjoys over them. Now Australian scientists have unlocked the design details of the minuscule motors that drive bacteria, a flagellar engine that converts nearly 100 percent of its energy into rotational power.

These tiny bacterial engines have stumped researchers for decades as they’ve struggled to understand the mechanisms that drive them to such efficiency and agility (the motors can switch from forward to reverse nearly instantaneously). By comparison, the best F1 engines in the world can only convert about 37 percent of the chemical energy in their fuels into power. Yet the bacteria lose almost no energy as they propel themselves away from toxins and toward nutrients.

But that kind of efficiency and agility, salivated over by engine designers, also helps bacteria avoid antibiotics and other threats, and continue to infect even when doctors have put their best treatments in hot pursuit. An understanding of how this bacterial engine works could lead to better methods of destroying antibiotic-resistant bacteria strains like salmonella and staph.

The researchers were able to model the flagellar motor only after spending two years creating a precise three-dimensional model of the machine. What they found surprised them: Evolution, it seems, beat human designers to the electric engine many, many years ago, using positive and negative charges to drive the engine’s rotation. The machine bears a close resemblance to the electric motors used today, swapping charges in the motor to switch from a forward to a backward direction.

Of course, now that researchers have figured out how the engine makes bacteria go, they want to figure out how to stop it. If pharmaceuticals could be developed that slow bacteria down, clinicians could stop infections from spreading so quickly — or perhaps at all — giving antibiotics a better chance of catching up to them before its too late.