Quantum computing represents the next great technological leap for computer processing, but building a computer that runs on individual atoms... 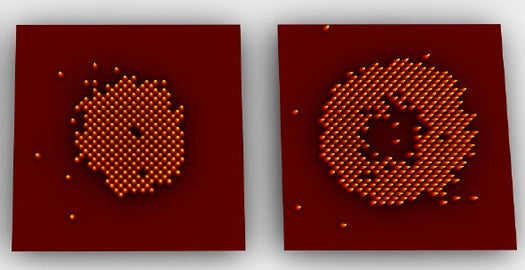 Quantum computing represents the next great technological leap for computer processing, but building a computer that runs on individual atoms trapped in a lattice by beams of light isn’t exactly child’s play. But while an actual high-powered quantum computer may still be several years away, researchers at Harvard and Germany’s Max Planck Institute for Quantum Optics have captured the first images of atoms arranged in the necessary grid.

To get to this point, the researchers had to study the characteristics of individual rubidium atoms to figure out just how photons coming off of each atom affect the view of all the atoms around it. By generating an algorithm that can compensate for this interference, the researchers were able to capture atoms arranged in an optical lattice the very first time, which – from the standpoint of quantum science – makes for an absolutely beautiful picture.