Immortalize Yourself In Music: Have Your Remains Pressed As a Vinyl Record

For those who can’t afford to have their ashes sent to space or who may not like the notion of... 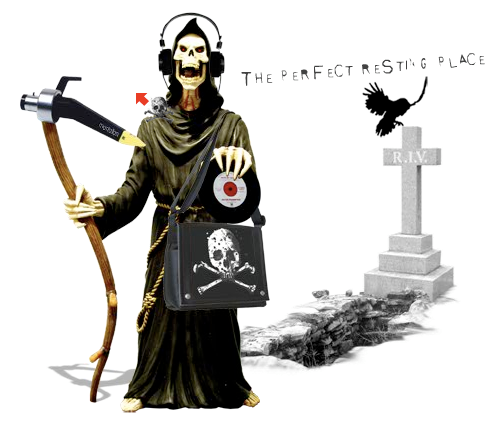 For those who can’t afford to have their ashes sent to space or who may not like the notion of being screwed into the ground post-mortem, here’s another solution: have your ashes pressed into a vinyl record and spin for all eternity.

For about $3,000, your cremated remains, parts of your remains, or your pet’s remains can be immortalized in a limited-edition run of 30 records. In a 24-minute segment, you can record your final thoughts or your favorite songs, or you can pay extra to have a UK band write a song for you.

The company, And Vinyly, says you can “live on from beyond the groove.”

UK record-label founder Jason Leach, who is also part of a couple techno groups, came up with the idea after contemplating his own mortality, according to Wired UK. His mother started working at a funeral home, and he saw a TV program that showed someone in the U.S. putting ashes into fireworks.

The basic package, which costs $3,000, includes standard “Rest In Vinyl” artwork decorating up to 30 albums, with audio provided by you. For extra fees, you can add in exclusive artwork, where UK artist James Hague adds your ash to the paint; original music by artists on Leach’s record labels; and even worldwide distribution in record stores.

The Web site is a bit cheeky — it includes a link to a “raveyard,” which simply shows a bunch of headstones splashed in pulsating color.

But it’s a unique way to spend eternity once you shuffle off your mortal coil. Hey, you can’t do it with an MP3.