Almost exactly one year ago, two Chinese women earned the distinction of becoming the first humans to be killed by... 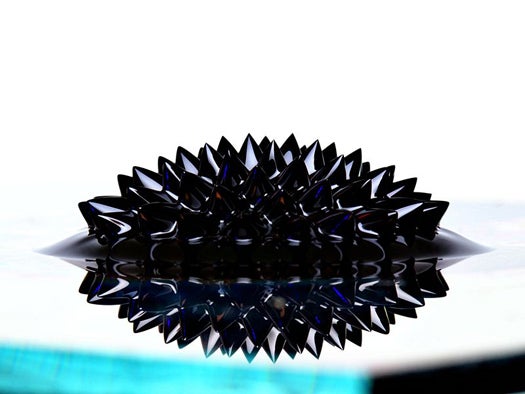 Almost exactly one year ago, two Chinese women earned the distinction of becoming the first humans to be killed by nanotechnology, after nanoparticles in a paint used in their poorly ventilated factory took residence in their lungs, causing respiratory failure. Now a team of researchers at North Carolina State have developed a method of modeling the way nanoparticles interact with biological systems, giving medical and nanotech researchers their first means to predict how a given particle will move through a human body.

When nanoparticles enter the body, they almost immediately begin binding with proteins and amino acids, and what molecules the nanoparticles tend to bind to dictates where they will end up in the body. Which molecules they bind to is determined by size and surface characteristics of the particles.

The researchers used a handful of chemicals to determine the size and characteristics of various nanomaterials and then correlated that data with the molecules each different nanoparticle was most drawn to, creating a sort of dossier for different nanoparticles. Armed with that knowledge, researchers can now predict where a nanoparticle will likely go after it enters the body as long as they know the size and surface attributes of the particle in question.

That knowledge will not only help researchers determine which particles are safe for human consumption and which could cause health complications, but it could also aid in drug delivery systems. Knowing which particles are drawn to particular organs or regions of the body could help medical researchers design drugs that are highly targeted, reducing side effects and enhancing drug efficacy.