A group of researchers at Imperial College London recently cross-referenced a couple of studies on heart health and have made... 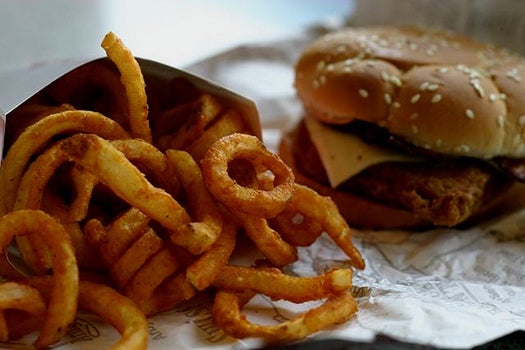 A group of researchers at Imperial College London recently cross-referenced a couple of studies on heart health and have made an interesting recommendation to fast food outlets: rather than fries, each order should come with a free statin drug. A dose of statins, they reason, reduce heart attack risk to about the same degree that a cheeseburger and shake raise the risk. In effect, the two should neatly cancel each other out.

In a paper recently published in the American Journal of Cardiology, the researchers point out that it’s somewhat backward that fast food restaurants are giving away stuff that’s horrible for you but that statins generally require a prescription. The cost of statins has fallen sharply in recent years such that a small statin dose would cost the vendors about the same as a packet of ketchup.

The research team came to this conclusion after examining data from a large cohort study quantifying how an individual’s heart attack risk is affected by their daily intake of fats and trans fats, which are more or less the backbone of much fast food. They then compared that with data from several controlled statin trials that quantified the decreased risk for heart attack associated with many statins. They determined a single statin can pretty much cancel out the classic burger-shake combo.

Of course, they also emphasize that statins shouldn’t be used as an excuse to eat fast food all the time, and there’s no magic pill out there that will make it such that healthy eating should be an afterthought. But by introducing statins into a diet that regularly takes in all kinds of harmful substances, the playing field would be leveled somewhat. So. Do you want Lipitor with that?