Dogs and Mice Could Be Trained as Roving Biosensors to Sniff Out Disease Before It Spreads, Study Says

Dogs can already sniff out drugs, diabetes, cancer and explosives, and new research suggests they could also be trained to... 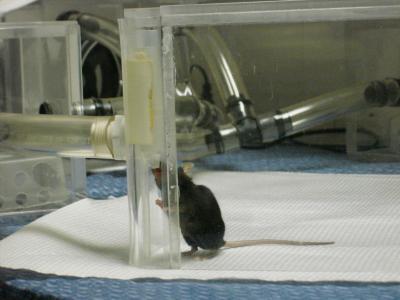 Dogs can already sniff out drugs, diabetes, cancer and explosives, and new research suggests they could also be trained to sniff out diseases before they spread.

“Biosensor” dogs and mice could be dispatched to airports and other public spaces to sniff out avian influenza and other pathogens, according to a U.S. Department of Agriculture study. The key is the animals’ keen ability to smell poo. Apparently, excrement from an infected animal smells different from that of a healthy animal. This is the first study to show excrement can be used as a marker for specific illnesses.

In the study, announced Tuesday, scientists trained mice to identify the feces of ducks that had been infected with bird flu. Researchers led by Bruce A. Kimball of the USDA placed mice in a maze and gave them a drink of water every time they sniffed a feces sample from a sick duck. Eventually, the mice became experts at identifying infected excrement.

The study was announced at the national meeting of the American Chemical Society.

Kimball says the study proves the concept of using feces as a front-line defense against disease. Trained dogs, and possibly legions of mice, could screen feces, soil or other environmental samples to provide early warning, he says. He also expects to identify what the mice picked up in the smelly samples, and develop lab instruments and even field detectors based on those specific odor molecules.

The infected excrement was irradiated to protect the mice and the scientists from getting sick, and Kimball tells Discovery News that scientists need to make sure that process didn’t affect the smell.