We’re going to try to avoid using the adjective “cool” to describe this neat little biomedical trick: researchers at the... 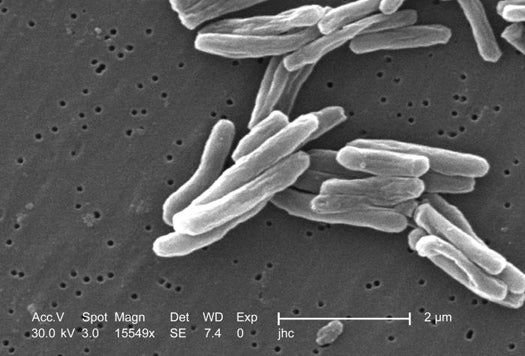 We’re going to try to avoid using the adjective “cool” to describe this neat little biomedical trick: researchers at the University of Victoria in Canada have swapped a few essential genes from Arctic bacteria into their counterpart mammalian pathogens, creating strains that are harmful enough to provoke an immune response but that can’t survive in warmer parts of the body where they might do serious damage. The method could lead to a new generation of temperature sensitive vaccines that – try as they might – simply can’t make you sick.

The vaccine is supposed to catalyze an immune response that strengthens the body against stronger strains of the pathogen. Generally that involves injecting a small dose of a pathogen into the vaccine recipient that provokes that immune response but, ideally, doesn’t make the person sick.

By turning to bacteria that live at the poles, the researchers were able to isolate certain genes that are responsible for essential processes like DNA repair or cell replication. However, in the polar bacteria these genes produce enzymes that only function at higher temps. Turn up the heat and the enzymes – and eventually the cells – die. By swapping these genes into pathogens, the team created strains that could live in cooler parts of the body to elicit an immune response, but would immediately die if they tried to move to warmer parts of the body like the vital organs.

To prove this, they took a human pathogen called Francisella novicida and swapped in some essential genes from its cold-weather counterpart Colwellia psychrerythraea. F. novicida can usually live in temperatures as warm as 113 degrees, but with its new genes it should perish at a more far less balmy 54 degrees. When injected into the relatively cold tails of lab rats, the F. novicida – which is deadly to mice – thrived locally but didn’t spread as it normally would. Moreover, when the rats were given a dose of normal F. novicida a few weeks later, the animals remained healthy.

Getting vaccines like this approved for distribution by regulators is no easy task because they are living things, but the U. of Victoria team hopes the method will lead to better vaccines to replace some current preventative treatments that are outdated, like that for tuberculosis. Such temperature sensitive strains could also simplify lab research on pathogens by creating strains of malicious organisms that are identical to their natural counterparts but for the fact that they can’t thrive within the human body.