The world of quantum mechanics gives us some pretty weird things — such as matter that exists in all possible... 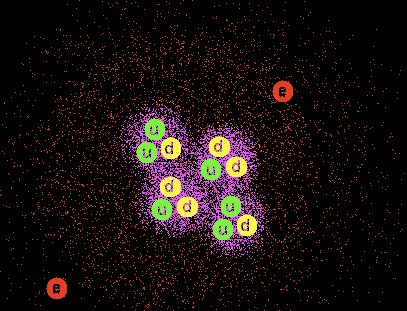 The world of quantum mechanics gives us some pretty weird things — such as matter that exists in all possible places at once, and strange states of matter like supersolids, a phenomenon in which a solid essentially acts like a liquid.

In the supersolid state, which scientists have ben trying to glimpse for years, matter retains the lattice-like structure it possesses as a solid, but it stops being rigid, meaning there is less friction. Instead, it flows like a liquid.

To look for this odd behavioral change, scientists have been studying a type of helium and making it very cold, bringing it to within a fraction of absolute zero.

In 2004, scientists figured out a way to detect supersolid helium by filling a special rotating pendulum and watching how it spun as the helium cooled. They figured the rotation speed would change when the helium became a supersolid rather than a regular solid, because of that loss of friction. It did change, and later experiments replicated the results.

But now, Cornell professor John Reppy says that change in rotation isn’t necessarily because the helium became a supersolid. Instead, he says, meet quantum plastic.

Reppy says it’s possible the normal helium simply deformed as the pendulum twisted. Helium-4, which is used in the experiments, has some inherent defects that change its behavior at different temperatures, making it wobbly. Reppy says that as the temperature rises, these defects get even more wobbly, thus making helium’s structure less rigid. Therefore, its changed, bendy structure at ultra-cold temperatures is not necessarily because of supersolidity. Rather, Reppy says, it’s more like plastic.

More research is needed before scientists can be sure who’s right, and whether supersolidity or quantum plasticity is the culprit.