In a potential breakthrough in the prevention of AIDS, researchers are reporting today that a vaginal gel containing an existing... 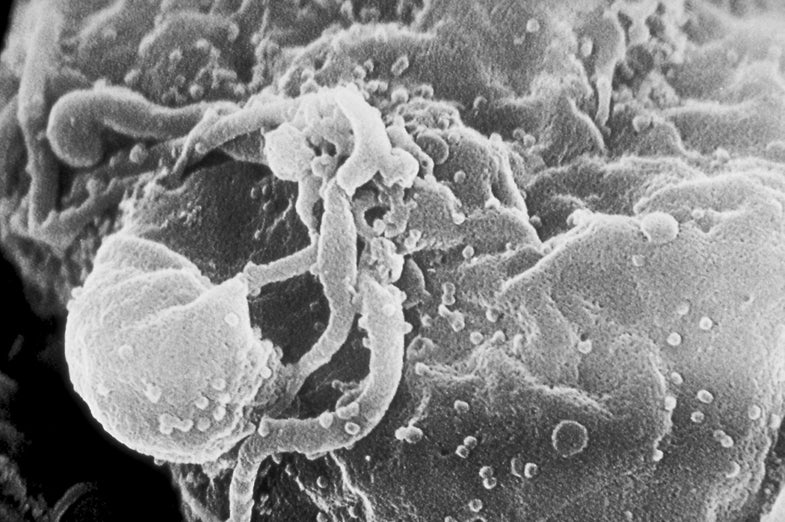 In a potential breakthrough in the prevention of AIDS, researchers are reporting today that a vaginal gel containing an existing AIDS drug can cut in half a woman’s chances of getting HIV from an infected partner.

The women involved in the study used it only 60 percent of the time, and it was still effective — meaning an even greater prevention rate is possible if it’s used more frequently.

The study (PDF here) was published online Monday in Science.

The results still need to be confirmed, and scientists disagree about whether the protection it offers is sufficient to justify using the gel right away. But it’s a major step in the fight to provide women another method besides condoms to protect themselves from infection. It’s especially important in sub-Saharan Africa, where more than two-thirds of the world’s HIV infections occur, according to AP.

The gel was announced at the International AIDS Conference in Vienna, where thousands of scientists, policymakers and activists are gathered. The next few days will include announcements about new drug therapies and genetic research, as well as discussions about funding for research and prevention.

The study involved 900 South African women who were administered a special gel spiked with the AIDS drug tenofovir. The gel cut the risk of HIV infection by 50 percent after one year of use and 39 percent after 2 1/2 years, compared to a gel that contained no medicine, according to the study. The women used the gel only 60 percent of the time, and those who used it more often had higher rates of protection. Scientists say more frequent use is key — the gel does not need to be changed.

Of the 444 women who received a placebo gel, 60 became infected with HIV, versus 38 infections in the 445 women who received the microbicide, Science Express reports. That’s a statistically significant difference, the researchers say.

The gel is in limited supply, but 99 percent of the women in the study said they’d definitely use it if they knew it prevented the spread of HIV.