Spanish researchers have discovered a key component of infectious bacteria’s battle plan, identifying a protein that tells bacteria in a... 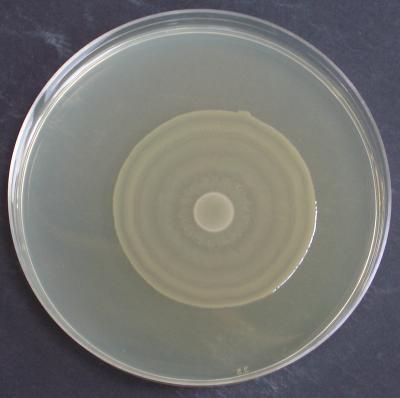 Spanish researchers have discovered a key component of infectious bacteria’s battle plan, identifying a protein that tells bacteria in a colony to halt their forward march when antibiotics are present, waiting until the coast is clear before resuming the infection. The finding shows how bacteria outmaneuver antibiotics in the body to continue infecting an organ even after treatment, but it also pinpoints a vulnerability that researchers may be able to exploit to make antibiotics more effective.

When infecting tissue in the body, bacteria swarm collectively across the surface like an 18th-century army on the march, growing into a massive colony that produces toxins that cause damage to the tissue. The mechanism by which bacteria organize this mass movement has remained a mystery to researchers, but now scientists at the Universitat Autònoma de Barcelona (UAB) have identified the chemical courier that makes this possible.

A protein called CheW is essential for swarming, catalyzing the mass movement of bacteria across the surface of an organ. But when bacteria encounter antibiotics, the drugs initiate a DNA repair system in bacteria known as SOS response, which is supposed to stop the infection. But the Spanish researchers found that when SOS response kicks in, levels of another protein known as RecA begin to increase. RecA interferes with CheW, causing the colony to stop moving forward. As a result, only the front line of the colony is affected by the antibiotics; the rest of the colony stops marching until the concentration of antibiotics decreases, at which point RecA concentrations fall and the colony starts attacking again.

It’s a clever play by the bacteria, but it could open up new treatment options to deal with bacterial infections. If antibiotics could be augmented with something that stops RecA from halting the forward progress of the swarm, current drugs could become more effective in neutralizing infections.