A team of Australian chemistry students have strengthened the chemical bonds of insulin to make it stable even at warm... 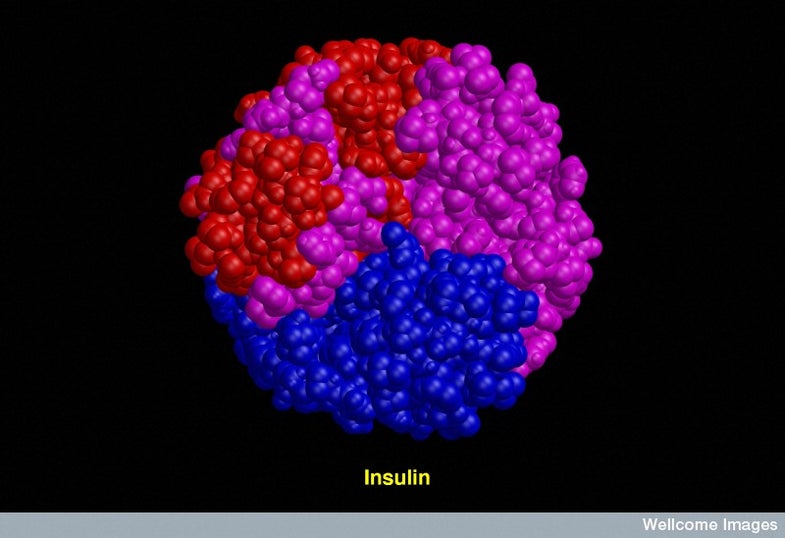 A team of Australian chemistry students have strengthened the chemical bonds of insulin to make it stable even at warm temperatures — a breakthrough that could simplify diabetes management. The finding could shed light on how insulin works, and eventually lead to insulin pills, rather than injections or pumps.

Insulin needs to be kept cold because it is made of weak chemical bonds that degrade at temperatures above 40 degrees Fahrenheit, making it inactive. But using a series of chemical reactions, the research team, comprised of students from Monash University in Australia, replaced the unstable bonds with stronger, carbon-based ones.

The stronger bonds stabilize the insulin’s two protein chains without interfering with its natural activity, according to a story about the findings at SciGuru.

Even more promising is that the findings provide insight into how insulin works.

People with Type 1 and Type 2 diabetes do not produce enough insulin, whether it’s the result of an auto-immune disorder that stops producing it entirely (Type 1) or a condition brought on by other factors like obesity, in which the body can no longer use it properly (Type 2). Insulin is the mechanism that delivers glucose from the blood to the cells, so diabetics must take a synthetic form of the hormone.

When insulin unlocks cells to allow sugar to be taken up from the blood, the hormone’s shape changes — but no one is sure what the shape looks like. If researchers knew that shape, they could design smaller, less-complex versions of insulin that don’t use proteins.

Then it could be administered in pill form rather than directly into the bloodstream. Understanding the molecule’s chemical bonds is a step toward unlocking that shape, the researchers say.