DNA is already used to protect crime victims by helping authorities hunt down and prosecute criminals. Now it will be... 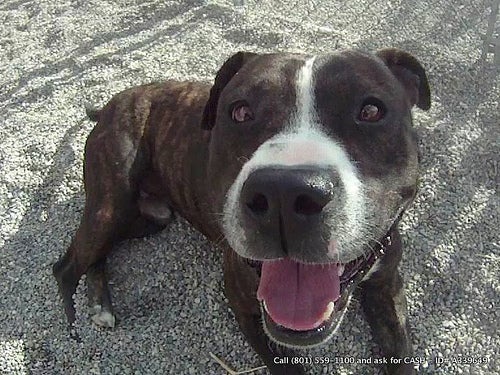 DNA is already used to protect crime victims by helping authorities hunt down and prosecute criminals. Now it will be used to protect another kind of victim — dogs used for fighting. A new dog DNA database will help law enforcement and animal-rights groups investigate dogfighting cases, using DNA evidence to establish links among owners, breeders and dog fighting sites.

“We can tie blood spatter on pit walls and clothing, or blood trails found outside of the pit, to a specific dog and tell his story for him,” says Beth Wictum, director of the forensics unit of the Veterinary Genetics Laboratory in at the University of California-Davis veterinary school, in a press release.

“We become the voice for those victims.”

The Canine Combined DNA Index System, or Canine CODIS, includes more DNA markers than are normally tested, allowing for better comparisons. That provides more power when calculating match probability, which is then used in criminal proceedings. The database will be maintained at UC-Davis, and law enforcement agencies will be able to pay a fee to have dog DNA analyzed and matched.

Blood collected from dog fighting sites will also be checked against the database to identify the animals, UC Davis says.

The canine CODIS is similar to the human one, which law enforcement officials use to match suspects to DNA profiles found at crime scenes.

The American Society for the Prevention of Cruelty to Animals, the Humane Society of Missouri and the Louisiana SPCA established the database using DNA from dogs seized in investigations, along with unidentified samples collected at dog-fighting venues.

It includes DNA from dogs seized in a massive raid near St. Louis last year, the largest in the country. More than 400 dogs were seized after an 18-month investigation and more than two dozen people in Missouri and Illinois were arrested.