By 2030, Perennial Grains Could Revolutionize Agriculture, Save Humanity 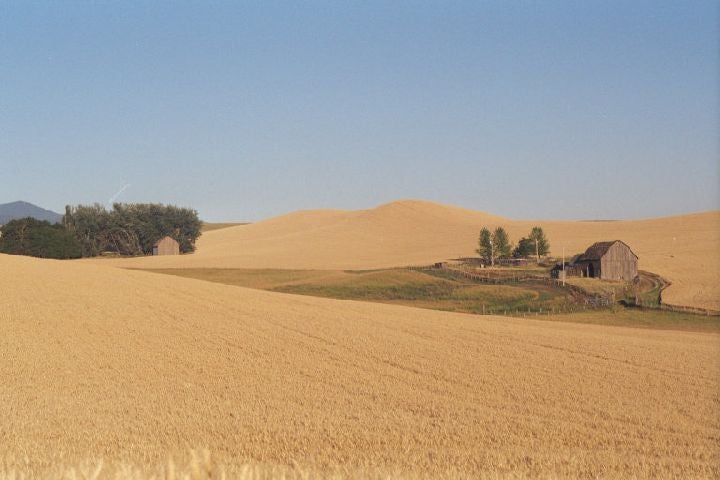 The grain crops that we humans depend on daily to hold body and soul together are annual crops — they have to be planted every year. They germinate, bear their delicious product, and then die off; the following year, a brand new crop is put in to take their place.

Such annual crops are high in yield, but they require vast amounts of artificial fertilizer, and their impermanence contributes to soil erosion.

Perennial grain crops, if they existed, could require less fuel, less fertilizer, less herbicide and pesticide, and help prevent erosion by remaining deeply rooted in the soil throughout the winter (and indeed for years). Perennials return nutrients to the soil, where annuals require artificial fertilizers to supplement depleted soil, and return nothing. According to a paper in the current issue of Science, perennial grains, currently being researched at a number of universities, including Washington State University (WSU), could become the norm within two decades.

The deeper perennial root system would hold in place topsoil that annuals let erode away at a rate of up to 50 tons per day. It would retain and use water more efficiently than annuals’ shallow roots do, and require as little as 3 percent of the fertilizer used by a field of annual grain.

According to John Reganold and Jerry Glover of WSU, lead authors of the paper, the perennialization of grain crops would count among the greatest innovations in the history of agriculture, feeding the planet’s hungry humans in a much more efficient, future-proof way. The authors are convinced that perennial crops can be created out of annual crops by concerted breeding plans.

To that point, a 2008 study showed that “the molecular difference between perennials and annuals might be rather small, and a change between these life strategies might not require major genetic innovations.”