In the next five years, the world will need a hundred-fold increase in nano workers — the people who will... 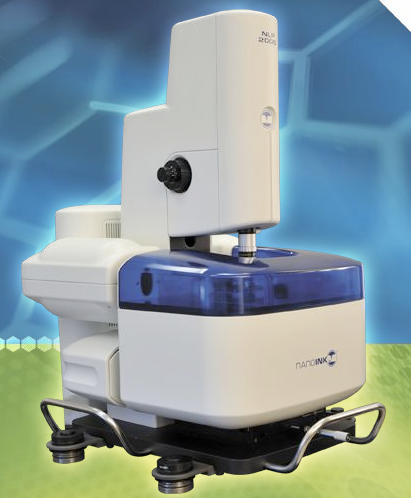 In the next five years, the world will need a hundred-fold increase in nano workers — the people who will build nanomaterials and develop new uses for them. In Colombia, some of these workers might very well come from the slums. At least according to one nano educator.

Tom Levesque, general manager of a Chicago firm called NanoInk, is in the business of teaching students that the next big thing will be very small. His curriculum program NanoProfessor, released in 2009, aims to get students involved in nano-fabrication projects as part of science classes.

According to Levesque, Foreign countries have been quick to adopt it. He said a school in Colombia uses the NanoProfessor curriculum and teaches about 350 disadvantaged students how to use “student-friendly” atomic force microscopes.

“The setting is that these children come down from these virtual slums behind the school, they go through these programs, and emerge out of the front of the building into society with an education that is not even available at some of the best private schools in Bogota,” he is quoted saying.

Colombia’s Servico Nacional de Aprendizaje (SENA), or National Training Service, purchased the NanoProfessor program earlier this month and plans to use it in high schools in four cities. The program includes a 275-page textbook and several cool devices, including a desktop nanofabrication system, an atomic force microscope, an advanced fluorescence microscope, and various chemical and biological materials used in nanotechnology applications, the company says.

As the IEEE blog Nanoclast points out, one wonders why programs of this sort aren’t more popular in the United States. The US is a leader in training new nanoworkers, but as a federal report said earlier this year, many of them go home to their native countries after getting college degrees. (Part of the problem is the difficulty in obtaining work visas.) So far, the only American program to use NanoProfessor is Dakota County Technical College in Rosemount, Minn., and the teacher there sits on NanoProfessor’s board.

President Obama’s 2011 budget includes about $1.8 billion for nanotechnology research and development. Private industry is investing at least that much, according to the National Nanotechnology Initiative industry group. The National Science Foundation estimates 2 million nanoworkers will be needed worldwide by 2015, 100 times the current amount. The industry will be worth $1 trillion by 2015.

Promise of Tomorrow via IEEE Spectrum