Strawberries May Be Ideal Crop for Space Farms of the Future

Astronauts on long space voyages would probably get pretty tired of freeze-dried meals, so scientists have long been trying to... 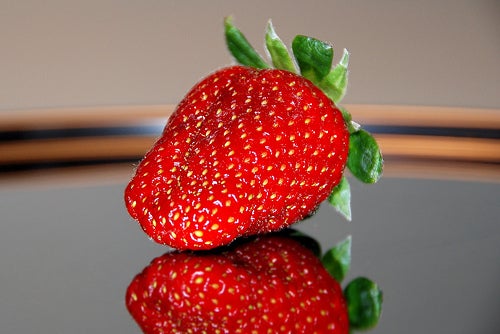 Astronauts on long space voyages would probably get pretty tired of freeze-dried meals, so scientists have long been trying to figure out how to grow space food to supplement their diets. According to researchers at Purdue University, strawberries may be one space-friendly crop. They say a low-maintenance strawberry cultivar called Seascape would do pretty well in space. It produces fewer berries than other cultivars, but they’re bigger and just as tasty.

Growing plants in space comes with several challenges, not the least of which is providing artificial light. Artificial-sunlight lamps need lots of power, and they generate heat, too, so a spacecraft or space base would need enough power to cool things down. There are no winds or insects to pollinate the plants, which is especially problematic for flowering fruits like tomatoes and strawberries. Roots grow differently in low-gravity environments. And water is a precious commodity, so space crops must do well with small amounts.

NASA has been studying the problem for years, but scientists are still weeding out plant varieties to find the best ones.

When space shuttle Discovery landed April 20, it brought back specimens of Arabidopsis thaliana plants that had been growing on the International Space Station. It will take about a year to determine how microgravity affected the plants’ growth, and how well they handled the stress of spaceflight.

The results should illuminate some problems with growing crops in space — but at least one problem, limited light, shouldn’t be an issue with the Seascape strawberry.

The plants can produce strawberries with as little as 10 hours of light a day, and they produce fewer but bigger berries, meaning less work for the astronauts who would have to hand-pollinate and harvest them. The plants kept producing fruit for about six months after starting to flower, according to the study, published early online in the journal Advances in Space Research.

The first space farm would probably consist of produce like lettuce, radishes and tomatoes. Sweet strawberries would be a welcome addition, the researchers say. They could satisfy an astronaut’s sweet tooth better than freeze-dried snacks.

The next step is to test Seascape bushes using LED lighting, hydroponics and different temperatures, the researchers say.