Ultrasound Being Tested For Use as Male Contraceptive 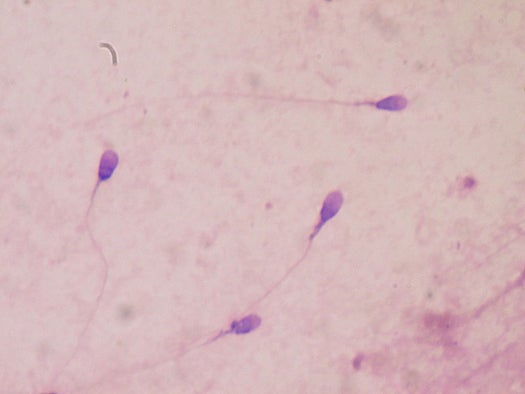 A simple dose of ultrasound twice a year could be the elusive male contraceptive researchers have been searching for, minus the hormonal drugs. Bobjgalindo
SHARE

The birth control pill turns 50 this month — the birth control pill for women, that is. While researchers have searched for a hormonal contraceptive pill for men for at least that long, so far they’ve been unsuccessful. Men produce a thousand sperm each second versus the monthly female egg, making the male reproductive process harder to control. But researchers think they may have finally found a safe and simple means of temporarily stopping sperm production using a common clinical device: ultrasound.

University of North Carolina researchers, working with a $100,000 grant from the Bill & Melinda Gates Foundation, think that delivering a single dose of ultrasound to the male reproductive organs can stop sperm production for six months, after which time production fires up again.

Perhaps the best part: it’s non-hormonal, low-cost, and once treated the man has to do/remember absolutely nothing to remain infertile for up to half a year. Such an inexpensive and widely available method of stopping sperm production long-term — but not permanently — has plenty of appeal in the first world, but could be a serious boon for developing nations dealing with overpopulation and poverty.

The work is still preliminary, but the team is pushing forward with more clinical trials aiming to tweak the technique for optimum safety, as well as the greatest effect. In the meantime gents, we don’t recommend any attempts at self-medicating with unattended ultrasound machines. As with any experimentation that requires you to take off your pants, we recommend you let the professionals get a bit further along in the lab before trying this at home.