New ‘Methalyzer’ Scans the Breath For Amphetamine Use

Breathalyzers aren’t just for barflies anymore. Researchers at Sweden’s Karolinska Institutet have created a novel breath meter that can test... 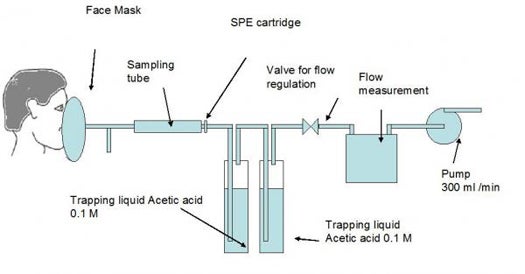 Breathalyzers aren’t just for barflies anymore. Researchers at Sweden’s Karolinska Institutet have created a novel breath meter that can test for amphetamine and methamphetamine in a person’s exhaled breath.

Most drug tests — like the kind you sweat every time you get a new job — require either a urine or blood sample to test for controlled substances. Naturally, it would be easier and less expensive to conduct random drug tests or keep tabs on a patient’s prescription drug use if there was a means to test for substances without the need for medical personnel and biological samples. That’s not even taking into account the perceived slight to a person’s integrity when you ask him or her for a urine sample.

Breathalyzers, on the other hand, aren’t considered particularly invasive, and require no medical oversight to operate. The methalyzer (clever nickname courtesy of PopSci contributor Rebecca Boyle) aims to achieve the same kind of ease and ubiquity for amphetamine testing. Their device collects breath samples and passes them through a filter that can be easily be tested for narcotic substances using liquid chromatography or tandem mass-spectrometry.

In tests, the researchers collected samples from a dozen patients hospitalized for having toxic levels of amphetamine in their bodies. The researchers waited for the effects of the drugs to dissipate, then asked the subjects to breath into a mask for 10 minutes. They also obtained urine and blood samples from each patient to ensure the accuracy of the breath measuring device. In each case, the machine came to the same conclusions as standard blood and urine tests. During control group testing the machine returned no false positives.

But breathe easy, speed freaks: the device is still in testing, and some tweaks will have to be made before a commercial methalyzer finds its way into your boss’s office — for one, ten minutes is a long time to ask someone to breath into a mask. But those of you sitting back with your feet up chuckling at your amphetamine-addled counterparts should take notice as well: Further research will focus on identifying other illegal substances that might produce an exhalable biomarker, with the ultimate aim of creating a multi-substance testing platform that law enforcement officers, employers, school administrators, and other officials can use to identify all the self-medicators out there.