An inventive alternative to antibiotics 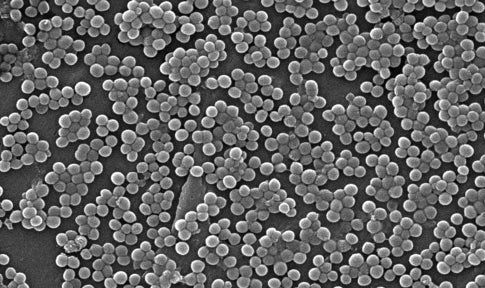 Methicillin-resistant Staphylococcus aureus,—or MRSA,—is a mutant variant of the common staph infection found in hospitals and nursing homes. What sets it apart from common staph is its resistance to a wide range of commonly used antibiotics. In the late 1990s, it began to appear in people who hadn't been anywhere near a health-care institution. They were struck with what scientists have taken to calling Community-Associated MRSA. The disease appears in places where daily, close contact is the norm: schools, day-care centers, and prisons, for example. If caught early, before it gets into the bloodstream, it is usually treatable with low-grade antibiotics, and its spread can be controlled. It may even be remedied without antibiotics by draining the lesions it raises on the skin. Once it passes that early stage, however, it can become a much more difficult infection to eradicate. MRSA is an important warning sign because doctors are frequently having to use the strongest antibiotics to treat it. We know this to be an effect of antibiotic overuse. The end result is a breed of bacteria against which we have little, if any recourse for a cure. "The challenge that we'll face is that a growing number of bacterial infections will be more and more difficult to treat. The reports are rare, but we're already seeing [cases] of bacteria... where there are no effective antibiotics to treat the infection," says Dr. Srinivasan. Right now, these cases are appearing only in hospitals and only in the most immunocompromised patients, but that was once the case for drug-resistant staph, too. The only real, immediate course of action is education and vigilance about proper antibiotic use, because, as Dr. Srinivasan notes, "our ability to develop new drugs has already been surpassed by the speed with which bacteria are developing resistance." Several institutions have undertaken awareness campaigns, like the CDC's "Get Smart" program and the Infectious Diseases Society of America's "Bad Bugs, No Drugs," both of which have had good success educating both patients and health-care workers. CDC
SHARE 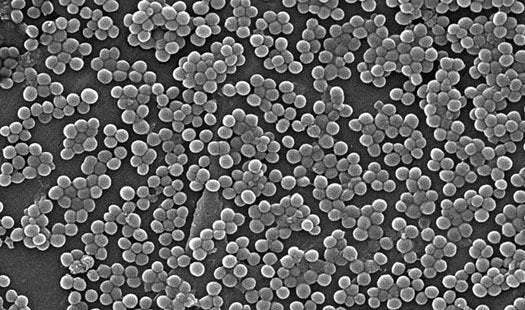 In order to infect, bacteria have to gather their forces. A new plastic-like material can disrupt their communications, making it difficult for infections to take hold.

A team of researchers is waging communications warfare on infectious bacteria, silencing the biochemical conversations microbes use to organize their attacks on biological tissues. By deploying plastic-like materials that soak up the chemical signals bacteria pass between one another, the team may have found a way to insert an element of confusion into the battle against antibiotic-resistant bacteria.

The materials — similar to the stuff dentists use to repair teeth — are specially designed to absorb signaling molecules that bacteria use to gather their troops around an infection point. In order to get a good infection going, bacteria need sufficient numbers. If they can’t muster, they can’t infect.

Further, the plastics also keep bacteria from forming biofilms, which are more or less slimy layers of microbes that serve as breeding grounds. Just as they need sufficient numbers to infect, to reproduce in effective numbers they need to rally the troops as well. This signal-blocking approach could stop them from doing so.

Perhaps best of all, it’s not just another antibiotic that bacterial evolution will at some point outfox. It’s almost like the precision jamming technology DARPA is seeking for troops in the battlefield, scaled down to the microbial level. Take away the enemy’s ability to transmit information, and suddenly you’ve got a distinct upper hand.