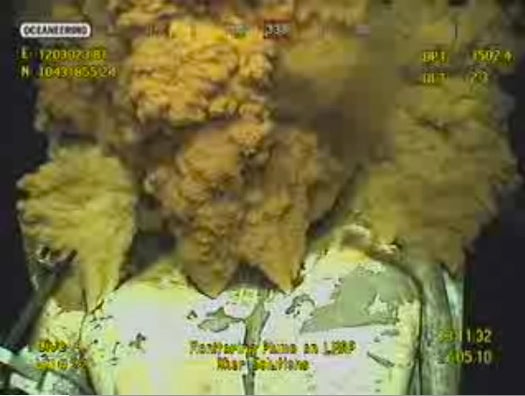 BP’s latest attempt to plug the Gulf oil leak is now more than 24 hours old, and initial assessments look promising. While we’re by no means out of the woods yet, government and BP officials are cautiously optimistic that the so-called top kill is succeeding to stem the flow of oil from the busted riser into the Gulf of Mexico.

Perhaps most optimistic is U.S. Coast Guard Adm. Thad Allen, the federal government’s top man on the job, who this morning told the L.A. Times that the efforts to reduce the well pressure to zero appeared to be working. The drilling mud being pumped into the riser by ships on the surface has apparently reduced the well pressure significantly, though the pressure is still persisting.

Another senior technician working the top kill said initial data coming back from the well has triggered a sense of general optimism among engineers on the scene, as it appears the drilling mud is indeed beginning to accrue within the well and slow the flow of oil and gas. Moreover, the well is holding together, allaying the chief concern that the damaged riser might rupture again under the pressure.

If engineers can get the pressure down to zero, they should be able to begin pumping cement into the hole, capping the well and stopping the leak.

Of course, even if the well is capped there’s still the issue of the quarter million barrels of oil that have already leaked from the ocean floor. Or is it half a million? Experts trying to pinpoint just how much oil is loose in Gulf waters have been studying video of the gushing oil plumes in an attempt to revise BP’s initial estimate of 5,000 barrels per day. Their analysis, released this morning, says we’re likely looking at more like 12,000 to 19,000 barrels per day, which means that as of May 17 some 260,000 to 540,000 barrels of crude had flowed into the ocean. That means at minimum, this disaster surpassed the 1989 Exxon Valdez disaster a full ten days ago.

You can watch the live feed of the ongoing top kill via our prior coverage here.