DNA has long been used to solve crimes and even exonerate the innocent. Soon, it could be used to pinpoint... 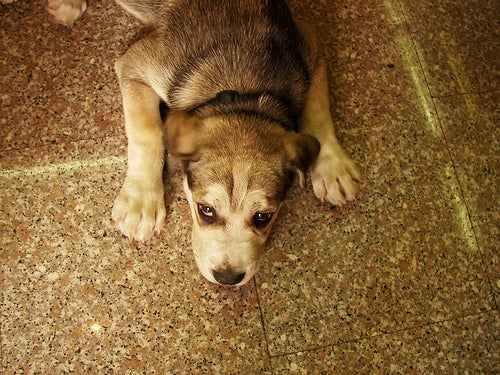 DNA has long been used to solve crimes and even exonerate the innocent. Soon, it could be used to pinpoint poo. Apparently, video camera surveillance was way too 20th-century for the good people of Scarlett Place Condominiums in Baltimore, who have proposed DNA tests to identify the originators of dog poop left on the premises.

Someone has not been doing his or her civic, um, duty and picking up Fido’s waste, leaving messes all over the ritzy condo grounds, according to the Baltimore Sun.

Members of the condo board want to find out who’s responsible, so they’re turning to the same technology used to connect suspects to crime scenes and to prove paternity.

Under the proposal, every dog who lives at the condo and all visiting dogs would get a cheek swab so their DNA could be tested. Condo residents who own dogs would have to fork over $50 to cover the costs of sending poo samples to a lab. If wayward doggie doo matches a specific dog, the culprit’s owner would face a $500 fine.

The point is to encourage residents to pick up after their pets, says Steve Frans, the board member who came up with the idea, according to the Sun.

“Some people think it’s funny. But you know, this seems to be a reasonable, objective way to say, ‘This is your poop, you’re responsible,'” he said.

The Sun notes that some condo residents have been “muttering a lot about Big Brother and draconian measures.”