As Atlantis Preps for Final Launch Tomorrow, Hope Lingers That It May Not Be the Last

The Space Shuttle Atlantis is prepped for its final launch on Friday, when it will embark on a 12-day mission... 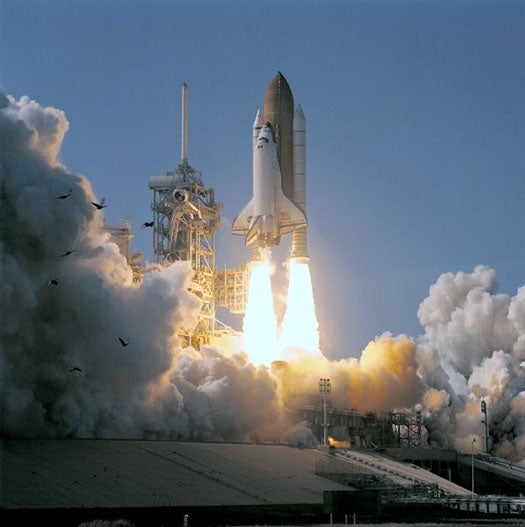 The Space Shuttle Atlantis is prepped for its final launch on Friday, when it will embark on a 12-day mission delivering supplies to the ISS, installing a new Russian space station module, and replacing some aging battery packs on one of the station’s solar arrays. But while shuttle-philes are lamenting the end of America’s first era of manned space travel, shuttle managers are calling Friday’s launch the ‘last planned flight’ rather than Atlantis’s grand finale, hoping that Atlantis will fly again.

That’s because when Atlantis returns from its mission later this month, it won’t be parted out or shipped to a museum. It will be refitted for flight, prepped with a fuel tank and boosters in case NASA’s next and final shuttle mission — to be flown by Endeavour in November — runs into some kind of trouble.

No one at NASA wants to see Atlantis launched in an emergency capacity. But there is a sentiment at the space agency that since Atlantis will be all cleaned up and ready for flight . . . can’t we take her up just one more time?

This, of course, raises the question: what will serve as the lifeboat for the lifeboat? If Atlantis did go up with one last load of ISS supplies, there would be no shuttle on the ground ready to come to its aid. But it would give NASA mission managers one last hurrah. You know, after the first last hurrah.

Of course, adding an unscheduled launch to NASA’s mission portfolio wouldn’t be cheap, and the back office accounting folks may take issue with it. The National Research Council issued a report yesterday determining NASA’s research labs to be ancient by modern standards. Budget cuts have already jeopardized the agency’s ability to carry out the kind of cutting edge science America expects from it, so as much as we’d like to see a second last hurrah, NASA might be better off pinching its pennies.