Small ‘Umbrella’ of Magnetism Shields Part of Moon from Solar Winds, a Good Sign for Habitability

Maybe the moon isn’t as inhospitable a place as we first thought when we landed there more than 40 years... 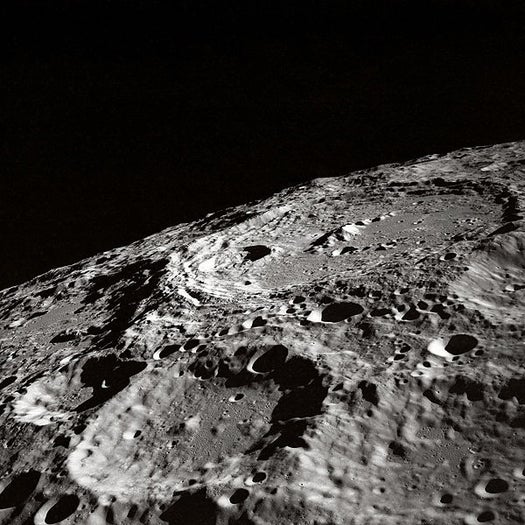 Maybe the moon isn’t as inhospitable a place as we first thought when we landed there more than 40 years ago. First we found surface water at the lunar south pole, and now the the Indian spacecraft Chandrayaan-1 has found a miniature magnetic field on the moon’s surface which could serve as a minimally protective barrier from the harsh solar winds that would greatly complicate habitation there.

The magnetosphere, which is about 224 miles wide, is more like the spotty magnetic fields on Mars. But astronomers think that while the magnetospheres scattered across the Martian surface are almost certainly leftover from a global magnetic field (like ours), it’s less likely that the Moon’s magnetism was spawned by a molten core.

Chandrayaan-1 noticed the magnetic umbrella while imaging the lunar surface. Fewer hydrogen atoms scattering from that particular area of the moon’s surface indicates a magnetic field is shielding the area. Chandrayaan’s images also showed a lighter color of dust within the magnetic zone, suggesting solar wind is weathering dust in that area differently than it is elsewhere.

From a future-tech standpoint, this is interesting because it would seem that if we did want to build a moon base at some point, we’ve found a 224-mile wide zone in which there is already limited protection from solar winds.

But researchers don’t seem optimistic that this magnetosphere is the key to moon habitation. There’s always a give-and-take in this universe, and in this case it comes back to water. The very magnetic phenomena that may be shielding this portion of the lunar surface from solar winds could also make it one of the driest places on the moon. We’re not exactly sure where lunar water originates, but one theory is that it forms when solar protons bombard the surface, creating hydrogen atoms in the lunar soil. That’s far less likely to happen in a magnetically protected harbor.