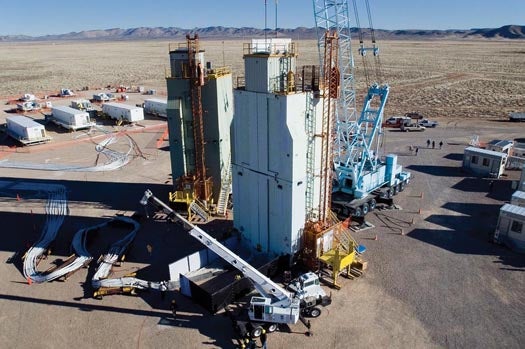 After months of deliberation and 150 meetings, the Obama Administration finally released its new guidelines for nuclear weapons policy. In a sharp break from previous administrations, Obama’s Nuclear Posture Review released today dictates the U.S. halt development of any new nuclear weapons and cease to consider nuclear retaliation against non-nuclear nations, even in response to a biological or chemical attack. However, the review did add exceptions for potential future biological weapons developed with genetic engineering, and for responding to rogue countries like North Korea or a future nuclear-armed Iran.

This release comes months late, as Obama had to counter dissent both on the right and the left of his cabinet and in the Defense Department. Those divisions reflect the reactions of the political establishment at large, with conservatives claiming that Obama went too far in degrading America’s nuclear deterrent, and liberals criticizing the president for not going far enough in renouncing any possibility of a U.S. nuclear first strike.

The policy is a complete 180 from the Bush administration, which conducted its nuclear policy review in 2002, in the wake of 9/11. Unlike Obama, former President Bush advocated the creation of a new class of small, bunker-busting nuclear weapons for preemptive use against hardened nuclear development sites. Additionally, Bush reserved the right to retaliate with nuclear weapons against any WMD attack, be it chemical, biological, or nuclear.

While the Obama plan does end the development of new nuclear weapons by the US, it does allow for the continued upkeep of America’s current nuclear inventory to ensure existing bombs still work. To that end, the Obama administrations has funneled between $5 and $7 billion to the National Atomic Labs, funding complex computer simulations of untested bomb designs and studies into how nuclear weapons age.

All of this plays out against the larger backdrop of Obama’s nonproliferation agenda. This week Obama also signed the newly negotiation arms reduction treaty with Russia, and will host a nonproliferation summit with representative from all official nuclear powers later this month. For Obama, reducing the US nuclear stockpile is inextricably linked to the reduction of nuclear proliferation, a cornerstone of his foreign policy. Remember that Nobel Peace Prize? Now it’s being acted upon.