This year, the White House is asking you to send more than just your taxes to the government on April... 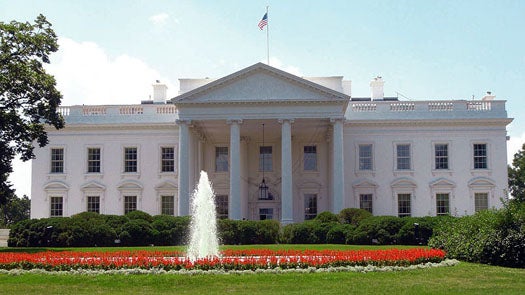 This year, the White House is asking you to send more than just your taxes to the government on April 15th. They also want you to send your ideas on which grand, unsolved scientific challenge of the 21st century you think the US should tackle first. They’re thinking big here. Landing-on-Mars, cure-for-HIV, cold-fusion big. And Uncle Sam wants you to help them direct the research.

The call first went out in February, with the Office of Science and Technology Policy identifying eight key challenges that help exemplify the kind of suggestions they’re looking for. The eight OSTP challenges were: finishing a complete DNA sequencing of every cancer, producing solar cells as cheap as paint, developing a lightweight bulletproof vest that can stop an armor-piercing round, designing education software as effective as a teacher and as engaging as a video game, inventing a prosthesis so advanced that a someone who lost their hands could play the piano, assembling a computer that can process a million trillion calculations per second, and building an automatic, real-time translator for the world’s major languages. Notably absent from that list is any kind of advance in space exploration, viral medicine, fusion energy, or artificial intelligence.

OSTP is using the moonshot as its guide star, singling out President Kennedy’s challenge to go to the moon as the inspiration it looks to replicate. Popsci asked a similar question of its readers last summer, so we know you readers have good ideas about what feats of engineering and science could inspire the world as profoundly as landing on the moon. To share with Obama the same requests you shared with us last year, send your emails to challenge@ostp.gov, or tweet at him by replying to @whitehouse and including the #whgc hashtag.

Thus far, respondents have asked for better AI, a stable mobile OS, and medical marijuana. Based on your responses to our request, we know you can do better. So tweet at the White House with your ideas, but please, let’s keep the requests for sexbots to a minimum.