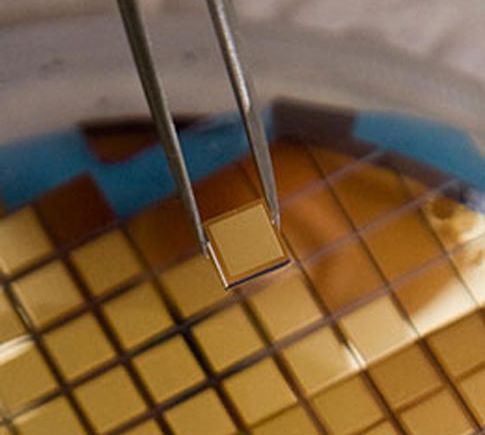 In a successful test of a prototype nanotech vaccine patch, Australian researchers at the University of Queensland used a patch smaller than a postage stamp to deliver vaccine through the skin without needles, and with just 1/100th of the vaccine normally required to evoke a protective immune response, according to Pharmacy News.

We noted previously that the nanopatch efficiency could help limited stocks of vaccine go a longer way during epidemics. Its ability to be self-administered also means that ordinary people in the developing world could more easily get vaccinated without the presence of physicians or nurses.

The nanopatch has thousands of densely packed projections to administer the vaccine through the skin over a period of just two minutes. Australian scientists used the nanopatch to specifically target a narrow layer just beneath the skin which holds a high density of antigen-presenting cells (APCs). Such cells are essential to creating a protective immune response.

Only dry vaccine was needed, as opposed to refrigerated vaccine — removing yet another limiting factor for many vaccination programs. And it almost goes without saying that people afraid of needles can also find some relief from this approach.

If the nanopatch performs just as well in human clinical trials, it could hit the market within five years. Just sit tight on that needle phobia until then.