With 884 million people lacking a reliable source of clean drinking water, droughts throughout Africa and the Middle East exacerbating... 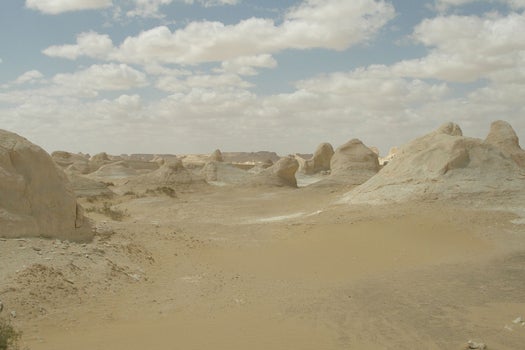 With 884 million people lacking a reliable source of clean drinking water, droughts throughout Africa and the Middle East exacerbating already tense situations, and global warming only making those problems worse, finding water for the world’s most arid regions is more important than ever. Luckily, the same technology used to look for life-supporting water on Mars may be able to find similar sources of underground water here on Earth.

Speaking at a United Nations water conference in Alexandria, Egypt, NASA scientist Essam Heggy told the assembly that NASA should use its ground-penetrating satellite radar to find water in the mostly desert covered Middle East and east Africa. According to Heggy, the radar can find water buried over half a mile beneath the surface, providing a guide for the construction of wells and artificial oasis. In particular, Eggy noted that the Darfur region of southern Sudan, where resource scarcity has contributed to genocide and vicious insurgency, covers an area once rife with lakes, and thus may very well contain vast undiscovered, underground reservoirs.

Paradoxically, despite having a desert climate necessitating more water and the oil money to pay for exploration, Middle Eastern countries devote less money to finding new water sources than almost any other countries in the world. Instead, they use environmentally dubious desalination to fulfill their water needs. By utilizing NASA’s satellite radar, Heggy believes these desert nations can eliminate the security and environmental problems caused by their current water policies, and provide clean drinking water to their populations.