The monetary and energy expense of HIV testing machines prevent their deployment to remote or impoverished areas; the very places... 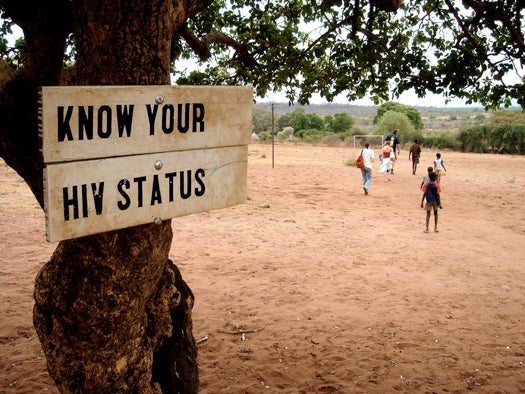 The monetary and energy expense of HIV testing machines prevent their deployment to remote or impoverished areas; the very places that need them the most. To rectify that inequity, Palo Alto Research Center (PARC) has created a battery-operated HIV testing device the size of an iPod. The machine can return a test result in 10 minutes, and costs significantly less than the large machines used in most hospitals.

The device works by measuring the reflection of a laser beam off a small sample of blood. Depending on the density of T-white blood cells, a key indicator for the presence and progress of HIV, the laser will scatter differently. That laser detection method makes the device both simple and cheap, with the prototype only costing $250 to build. PARC hopes that the ease of use, small size, and low cost will empower doctors in the poorest, most AIDS-afflicted areas, where doctors often diagnose patients without the aid of any advanced tests.

PARC is hardly alone in this endeavor. A number of other companies are also competing to put a handheld HIV testing machine on the market, including LabNow, which originally expected to field its technology in 2006. For those suffering from HIV, the large number of devices under development signals that help, at last, is on the way.