When it comes to gold we generally associate higher quantities with higher values, but UK researchers are finding the precious... 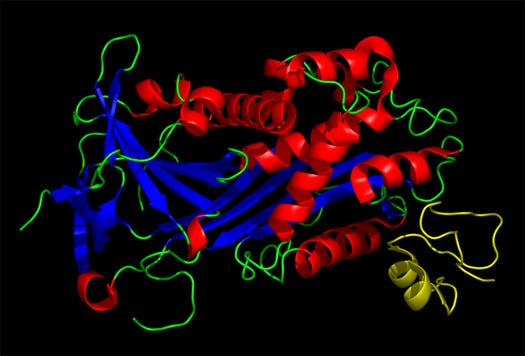 When it comes to gold we generally associate higher quantities with higher values, but UK researchers are finding the precious metal can be invaluable in very small doses as well. Scientists in Scotland have devised a novel way to continuously monitor for blood clots with a little bit of gold and a laser.

In the UK alone, blood clots claim 25,000 lives each year, but testing for clots is time-consuming — which can be seriously problematic if indeed there is a clot — and expensive. The current test requires a multi-step process in which fluorescent antibodies are used to identify thrombin, a biomarker associated with blood clots. But aside from the aforementioned logistical problems with fluorescent tagging, it also tends to be a bit inaccurate.

The new nanoparticle sensors predict blood clots in much the same way as fluorescent marking, but in a far more reliable manner. Each sensor contains a silica core about 120 nanometers in diameter wrapped in a then gold shell. The gold shell is outfitted with aptamers — strands of nucleic acids that bind to specific molecules (like, say, the biomarker thrombin). Once injected into the blood stream, the harmless sensors wander the body seeking out their target.

If you shine a laser on the aptamer-laden sensors, they emit a specific spectrum associated particularly with those aptamers. But when the aptamers bind with their target protein, it’s composition changes and it emits a different spectrum, tipping off clinicians to the biomarker’s presence. The gold simply amplifies the signal to make it easier for medical personnel to detect.

By measuring those changes in spectral light coming from the sensors, clinical staffs can detect immediately if biomarkers indicating a blood clot are present, as well as in what quantities. Furthermore, rather than providing a single thrombin reading for a particular point in time, the sensors continue to circulate in the bloodstream, providing continuous monitoring.

The technology, in theory, could be adapted to any range of biomarkers for which there is an aptamer, though for the time being there are not very many known aptamers that effectively target specific proteins — an area of medicine that would have to be further explored for the technology to gain more widespread application. But in the near term, researchers believe they can use the tiny gold sentries to observe exactly the role proteins play in other potentially deadly scenarios, like viral infection.