The Food and Drug Administration on Thursday approved its first-ever cancer vaccine, ushering in a new era of cancer treatments.... 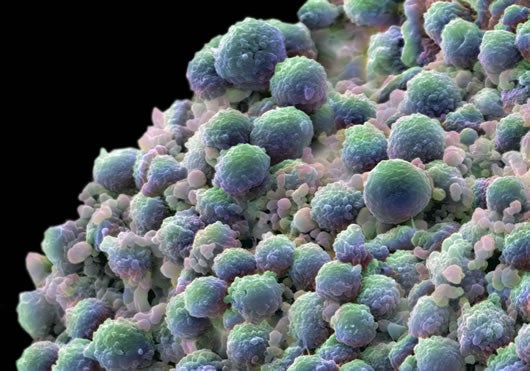 The Food and Drug Administration on Thursday approved its first-ever cancer vaccine, ushering in a new era of cancer treatments.

Named Provenge, the drug targets prostate cancer; in clinical trials, it extended the lives of patients about four months compared with a placebo.

It’s not a cure, nor is it a preventative vaccine like those administered for measles, hepatitis or, more recently, cervical cancer. But it is a therapeutic vaccine, meaning it boosts the patient’s own immune system. It is used after prostate cancer has already been diagnosed.

Dozens of other vaccines are being developed for various types of cancer, but Provenge is the first to get the government’s stamp of approval. It was initially denied three years ago, leading to protests from patients and investors. Provenge is custom-made for each patient. A patient’s white blood cells are collected, and certain immune cells are separated out, the New York Times reports.

The cells are incubated with a protein found on prostate tumors, and combined with an immune booster. Treatment involves infusing the cells back into the patient three times over the course of a month. It costs about $93,000.

Current cancer treatments, including radiation, chemotherapy and even prostate removal, wreak havoc on the body. A drug that can tap into the body’s natural defense system is an important alternative. It also has fewer side effects — most patients who used Provenge reported fever, fatigue and pain. This is the first proof of principle and proof that immunotherapy works in general in cancer, which I think is a huge observation,” said Dr. Philip Kantoff, an oncologist in Boston who led the drug’s largest clinical trial.

Provenge is intended for men whose prostate cancer has spread throughout the body.

In 2009, an estimated 192,000 new cases of prostate cancer were diagnosed and about 27,000 men died from the disease, according to the National Cancer Institute.