Gallery: Earth From Above

To celebrate Earth Day, we've compiled the best images of our planet as seen from NASA's satellites. 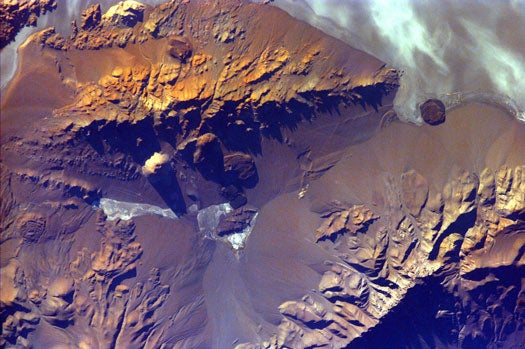 Despite the amount of preserved lava flows situated at its base might suggest, the Aracar Volcano, located east of the Argentina-Chile border, has been inactive for a long time. Saltwater wetlands, temporary marshes, salt lakes, and salt crust comprise the white areas (called "Salars") pictured near the top. NASA/JPL/UCSD/JSC
SHARE

It’s the 40th anniversary of Earth Day today. To honor our beloved planet, it’s nice sometimes to stop and envy the view enjoyed by such a tiny slice of humanity: the astronauts. Here we’ve compiled some of our favorite views of Earth from space.

In addition to more conventional images taken from spacecraft and satellites, we’ve also included more data-rich visualizations of the sort that continue to help us understand our great planet.

Despite the amount of preserved lava flows situated at its base might suggest, the Aracar Volcano, located east of the Argentina-Chile border, has been inactive for a long time. Saltwater wetlands, temporary marshes, salt lakes, and salt crust comprise the white areas (called “Salars”) pictured near the top. 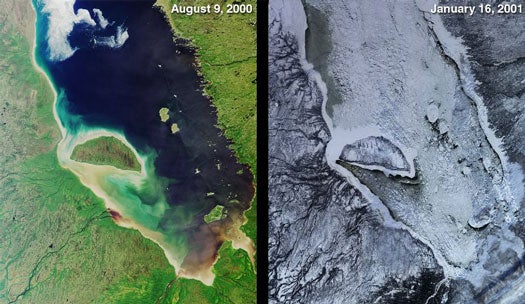 Summer and Winter in James Bay

James Bay, which is situated in the Onatario-Quebec region of Canada, is a starkly different place during summer and winter. Both of these pictures were taken by the Terra Satellite and acquired by the MISR. 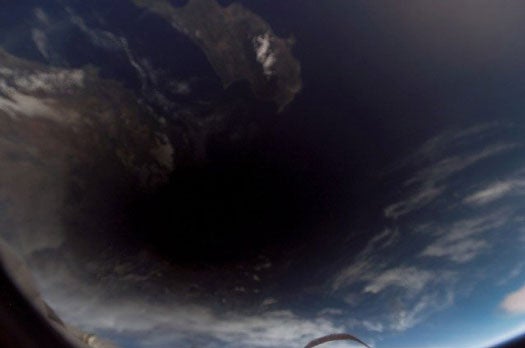 The Expedition 12 crew, who were completing a six-month mission on the International Space Station, took this photo of a total solar eclipse during the early hours of March 29, 2006. They captured the image roughly 230 miles above Earth. 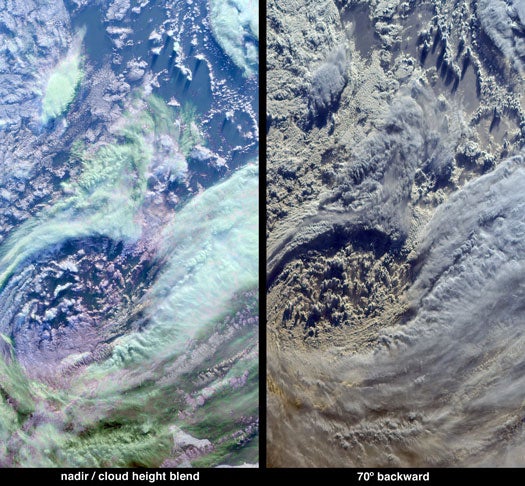 The MISR’s images of polar clouds above the South Indian Ocean illustrate their circulation at multiple altitudes. Heights can range from less than 2 kilometeres to about 8 kilometers. On the left, the purple, cyan and green hues signify low, medium, and high altitudes, respectively. The right-hand photo is a natural-color image taken with MISR’s 70-degree backward viewing camera, which uses the reflection of light to enhance the polar clouds’ appearance. 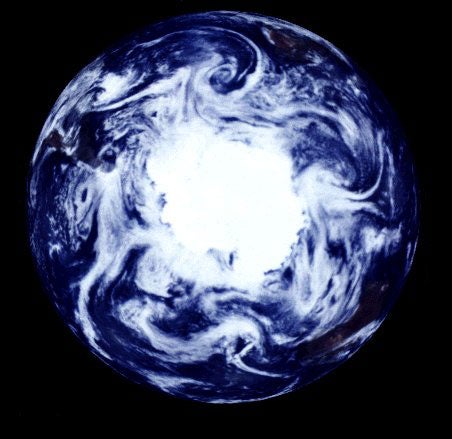 Researchers pieced together photos taken by Galileo over a 24-hour period to construct this image of Antarctica. Scientists used Galileo’s photos to distinguish between ice and high stratospheric clouds, which in turn helped researchers study the relationship between these clouds and the growth of the ozone layer. 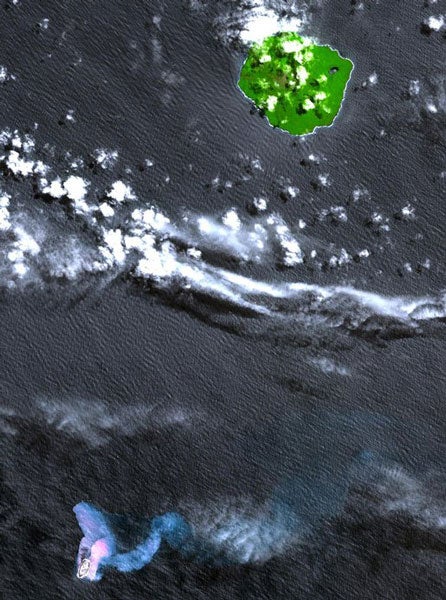 This simulated natural color image shows Home Reef, located near the Tofua volcanic arc in Tonga, reemerging after a volcanic eruption in August 2006. Although the island originally appeared after a similar eruption in 2004, it ceased to be visible in November 2005. The green color indicates vegetation on Late Island, while Home Reef can be seen on the lower left. The blue represents hot seawater mixed with volcanic ash and other chemicals. 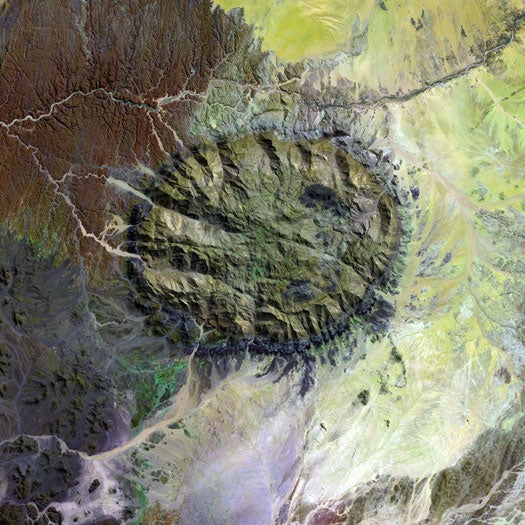 Daures (“Burning Mountain”), also called the Brandberg Massif, is the highest mountain in Namibia. The mountain originated 120 million years ago when underground volcanic activity pushed a granite deposit to the earth’s surface. The feldspar found in granite gives the Brandberg Massif a reddish appearance during sunset. 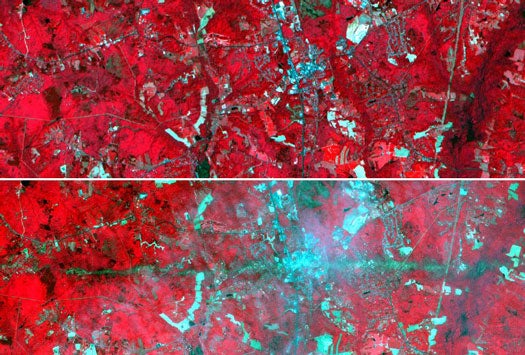 Path of a Tornado in La Plata, Maryland

These images acquired by NASA’s Terra satellite Advanced Spaceborne Thermal Reflection Radiometer (ASTER) reveal the path of an F5 tornado that tore across La Plata, Maryland, in April 2002. The first image was taken in May 2001 and the second in May 2002. The red indicates vegetation, while the blue indicates bare fields and urban areas. The dark turquoise streak visible in the bottom image represents the the scarring left by the tornado. 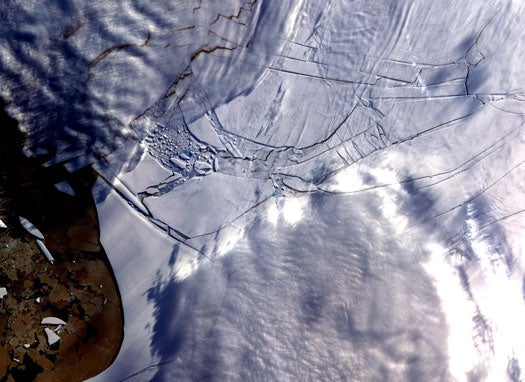 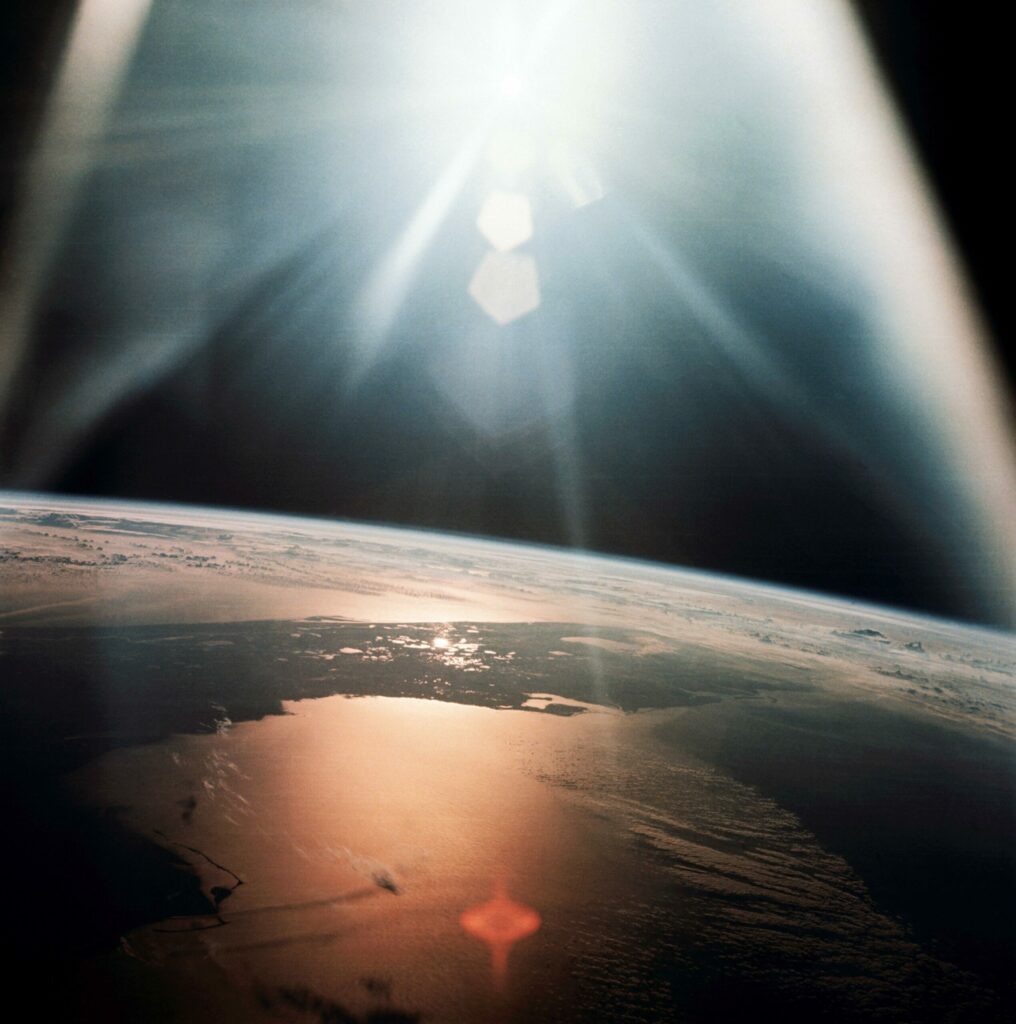 Morning Sun on the Gulf of Mexico

In this photo taken from the Apollo 7 spacecraft, the morning sun glimmers on the Gulf of Mexico and the Atlantic Ocean. 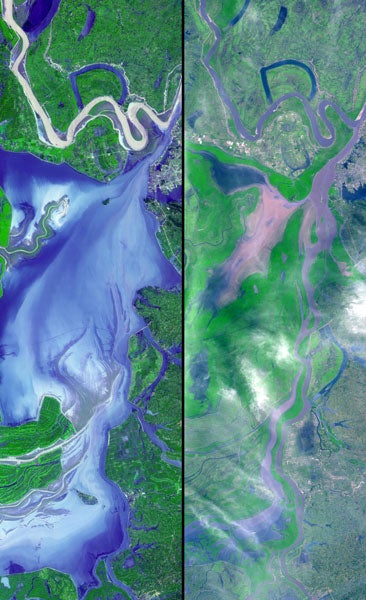 These two images taken by ASTER show the transformation of China’s Dongting Lake after the Yangtze River flooded over in August 2002. The image on the right was acquired in March 2002, prior to the flooding, while the image on the left was taken a month after the river began to overflow. 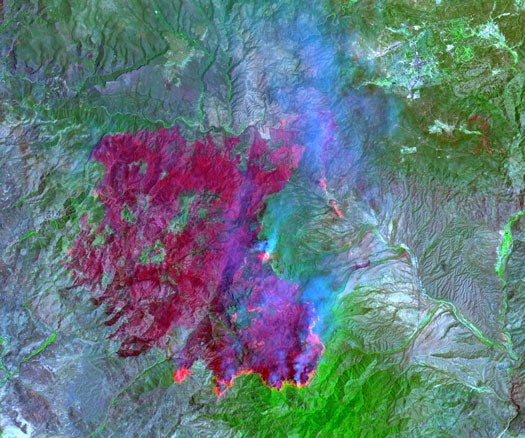 This image acquired by ASTER uses data from the visible and infrared wavelenth regions to emphasize the damage inflicted near Payson, Arizon, by the Willow fire in 2004. The active fires are represented in orange, the burnt areas in red, the smoke in blue, and the vegetation in green. 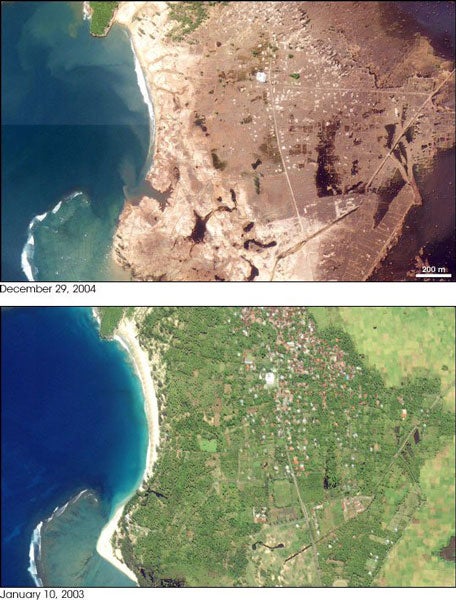 The tsunamis that devastated Asia in December 2004 hit Aceh, Indonesia, where waves destroyed towns and vegetation near the northwestern coast of Sumatra. These images taken by Space Imaging’s Ikonos satellite show the region before and after the disaster. 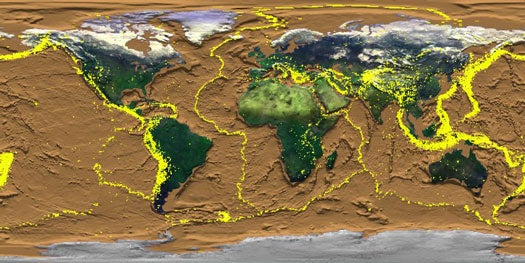 The image is one in a series of animations intended for the HoloGlobe exhibition at the Smithsonian Museum. The yellow dots represent earthquake activity that occurred between 1960 and 1995. 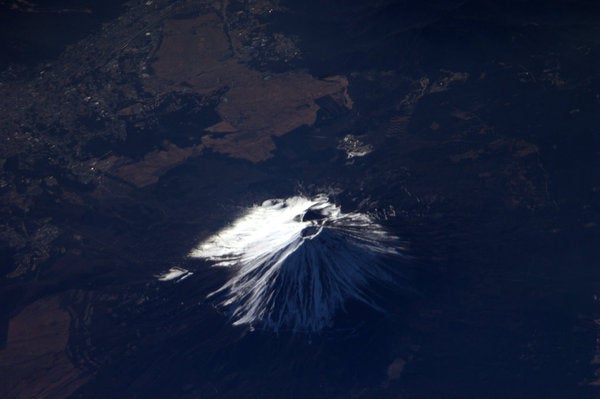