Battery capacity is the main thing keeping our lifestyles tethered: to the wall socket, to the gas pump, etc. But... 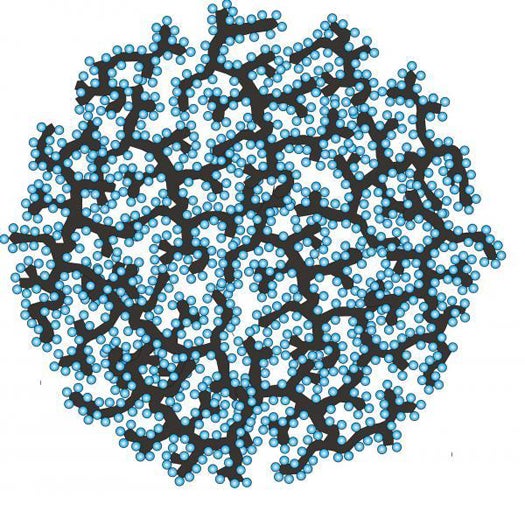 Battery capacity is the main thing keeping our lifestyles tethered: to the wall socket, to the gas pump, etc. But while we can extend our batteries’ charges with smarter, low-power tech, we’re still leaving a good deal of capacity on the table within current lithium-ion technology. A group of researchers at Georgia Tech have devised a “bottom-up” self-assembling nano-composite technique that could tap into that extra capacity, allowing battery makers to swap inefficient graphite anodes for high-performance silicon structures that could increase capacities five-fold.

Li-ion batteries work by transferring lithium ions between a cathode and an anode through a liquid electrolyte. The capacity of a battery is determined by the number of ions it can contain and how quickly those ions can be exchanged. Silicon is an ideal material for anodes because it allows lithium ions to pass in and out of the electrode very quickly. But the expansion and contraction of silicon particles as the ions enter and leave degrades the silicon in short order, ruining the battery. Instead, nearly all li-ion batteries contain graphite anodes that can withstand repeated charge cycles.

But by tapping into self-assembling nanotech, the Georgia Tech team has created a silicon composite material that circumvents the degradation issue, keeping the silicon particles from cracking – potentially opening up lithium-batteries to capacities five times what they currently are. The actual construction of the improved anodes is somewhat complicated, but suffice it to say that if the technology can scale industrially it could be a massive breakthrough for li-ion battery tech. Preliminary tests suggest such an anode could withstand a thousand charge-discharge cycles without degrading.

While it would likely add some cost to our batteries, it could make our portable devices, our hybrids and our EVs run up to five times longer on a charge, or at the very least pack smaller batteries into our devices for the same amount of juice.