Semiconductor Swab Test Can Detect Oral Cancer in Only 15 Minutes

Every year, 300,000 people are diagnosed with oral cancer, which has an average survival rate of only 60 percent over... 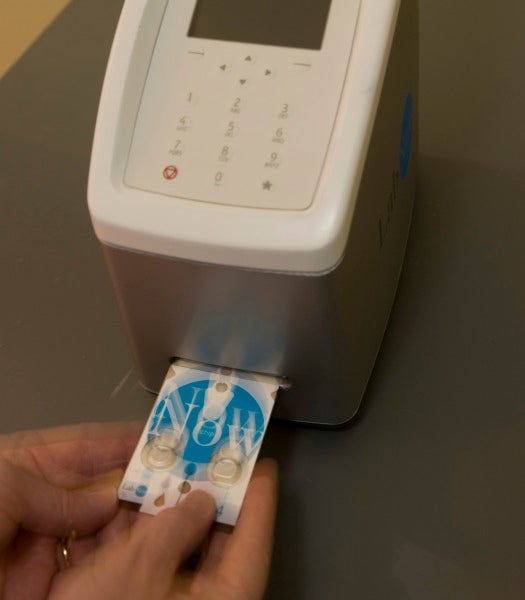 Every year, 300,000 people are diagnosed with oral cancer, which has an average survival rate of only 60 percent over five years. The rate of survival rises to 90 percent when the cancer is diagnosed early, but the process of detection can take several days, and is painful for the patient. Nano-bio-chip technology created by researchers at Rice University may change that.

The team at the university’s BioScience Research Collaborative is working to develop a chip that can detect malignant lesions in 15 minutes. The new procedure would allow dentists to simply brush a suspicious lesion with a device that resembles a toothbrush. At the moment, those afflicted with oral cancer need to undergo invasive biopsies every six months.

According to preliminary studies published in the Cancer Prevention Research journal, tests using the chip were found to be 93 percent accurate in differentiating between cancerous and non-cancerous lesions. The chip is designed to identify abnormal lesions that could potentially turn precancerous as well.

The oral cancer detection chip is only one of many up-and-coming labs-on-a-chip, semiconductor-based devices being developed for the improvement of health care. In January of this year, scientists at Holland’s University of Twente debuted a chip that can test sperm count. In February of this year, researchers at Harvard announced prototype chip technology that may be able to detect HIV and malaria, among other diseases.

Simple screening for oral cancer stands to significantly change the diagnostics game, putting dentists at the forefront of cancer detection.