We’ve already added elements 116 and 118 to the periodic table, and now a collaboration of Russian and U.S. scientists... 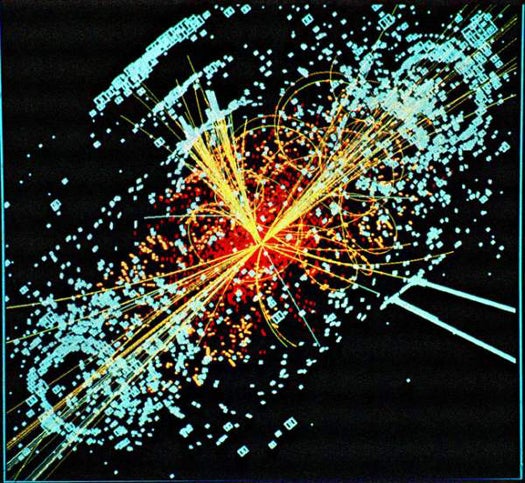 We’ve already added elements 116 and 118 to the periodic table, and now a collaboration of Russian and U.S. scientists at the Joint Institute for Nuclear Research in Dubna, Russia, has created the superheavy element 117 that is about 40 percent heavier than lead — for a fleeting moment, at least.

The team conjured element 117 — called ununseptium for now, though that could change — by smashing together calcium-48 and another heavy, hard-to-find element, berkelium-249. Element 117 only hung around for fractions of a second before exploding into a shower of lighter particles and other elements. But by studying those leftovers, the researchers were able to confirm that the element did briefly exist.

Therein lies the importance of this discovery; finding element 117 brings researchers closer to establishing that an island of stability exists at the top end of the periodic table. Though the element checked into and then out of this world very quickly, it actually hung around longer than many elements of lesser mass. So the discovery of ununseptium not only fills a key gap in the periodic chart, but it further confirms what physicists have been suspected for quite a while now concerning the nature of superheavy elements.

Of course, rare elements that exist only in the blink of an eye have limited potential for practical use. But they do tell us a lot about subatomic particles and the hows and whys that explain the proportion in the universe of elements lower down the chart. So synthesizing heavier and heavier elements could teach us not only about this superheavy “island of stability” that exists in the periodic tables triple-digits, but hopefully more about the nature of the universe at large.

And if learning more about the elements that make up our universe is your thing, you should definitely this out.