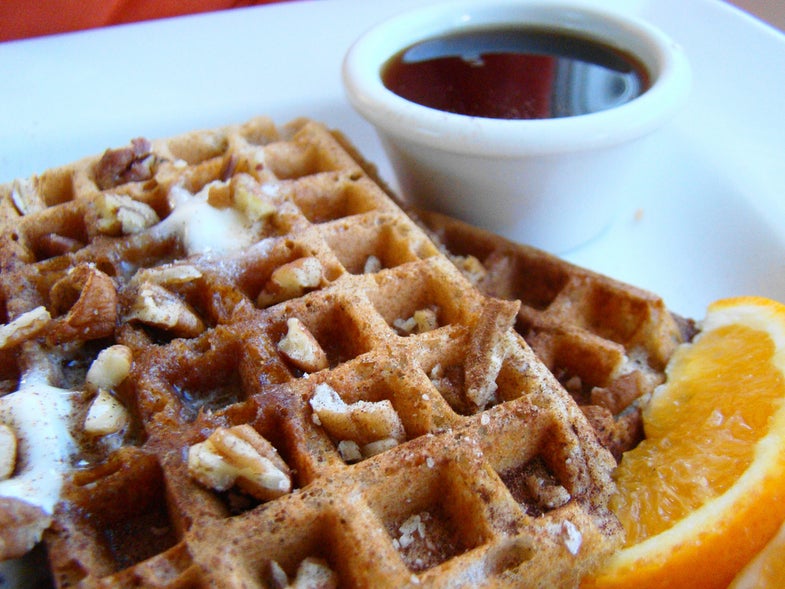 Dieters know the powerful temptations of just seeing or smelling food. Certain odors might have such a strong effect as to actually change the body’s metabolism and lead to an early grave. At least, that’s the case for fruit flies on a diet, according to Science Now.

Scientists have known that low-calorie diets can lengthen the lives of yeast, fruit flies and monkeys. One past study also showed that blocking the sense of smell in roundworms extended their lives. Another conducted by the University of Michigan and Baylor College showed that wafting the tasty smell of live yeast in front of dieting fruit flies shortened their lives.

The new study is a follow-up to the fruit fly experiment, but focused on a brain cell receptor which allows fruit flies to smell carbon dioxide — the olfactory trigger that alerts flies to the presence of yeast.

The mutants also displayed strong health indicators such as storing more fat to resist stress, the researchers noted in the journal PLoS Biology. They suspect that the lack of ability to sense CO2 (and food) tricks the fly bodies into going into starvation mode with a slowed-down metabolism to conserve nutritional supplies.

Blocking the perception of CO2 may trick the animals into thinking there’s no food around, which would slow down their metabolism and conserve their nutritional supplies, just as hungry animals do, the authors write. It’s a long ways from helping humans, but the existence of a link between odor and physiological state has profound implications.