Is Anyone Out There? Searching for Aliens in the PopSci Archives

Bogus canals on Mars, alien germs from Venus and the "truth" behind UFOs

This week, NASA discussed their plans to explore Mars and Titan for signs of life, while Stephen Hawking warned against hostile aliens. So, being in an extraterrestrial-seeking mood, we’ve taken to the archives, where speculation about interplanetary neighbors–be they hyper-intelligent beings, primitive microbes or Martian beavers–has long filled our pages.

As the 19th century drew to a close, astronomer Percival Lowell became one of the early figureheads in the scientific search for alien life when he published a series of books envisioning an elaborate canal system on Mars, presumably built by an ancient civilization. Unlike naturally winding rivers on Earth, the lines Lowell observed on Mars through his powerful telescope in Arizona he deemed too straight and organized to be naturally created.

While the scientific community came to discredit Lowell’s “findings” on Martian canals, his ideas nonetheless inspired a public fervor for legitimate evidence of extraterrestrial life. What would the aliens look like, we wondered—do they walk on two legs? How would they communicate with humans? Will they visit Earth, or will we visit them?

Our search for aliens might not have progressed as far as our grandparents had hoped, but articles from our 137-year archive only emphasize how far we’ve come since Lowell’s claim of polar ice caps on Mars.

Click through our gallery for fun illustrations of futuristic spaceships and cosmic “civilizations” (we use that term loosely — you’ll see why). 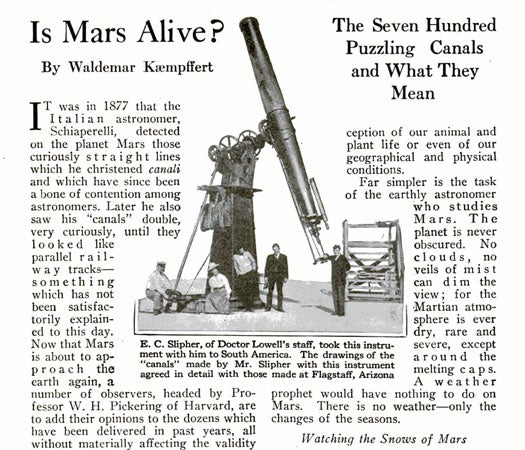 After the Italian astronomer, Schiaparelli, discovered the so-called Martian canals in 1877, Professor Percival Lowell dedicated himself to studying the planet’s surface using equipment from his observatory in Flagstaff, Arizona. Lowell meticulously plotted the 788 supposed canals, but developed the theory that the they conducted water from the Martian poles to more civilized areas. “No more forcible argument in favor of this view can be advanced than their appearance and arrangement,” we wrote. “Nature never works with mathematical precision.” Oops! Read the full story in “Is Mars Alive?” 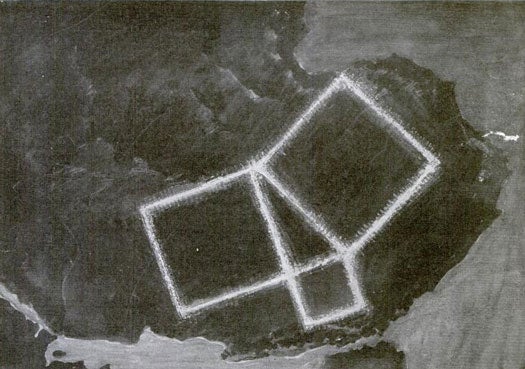 Congratulating the Martian Republic: May 1919

“How can the President congratulate some Martian Republic on the celebration of its Fourth of July?” we asked in an article speculating the possible modes of communication between humans and Martians, with whom who would at least share an understanding of basic mathematics. While there was no way of knowing whether Martians would understand human speech, we imagined that upon recognizing an illustration of the Pythagorean theorem flashed in lights over the Sahara, the aliens would reply in some way. Read the full story in “Talking Across 34,000,000 Miles to Mars” 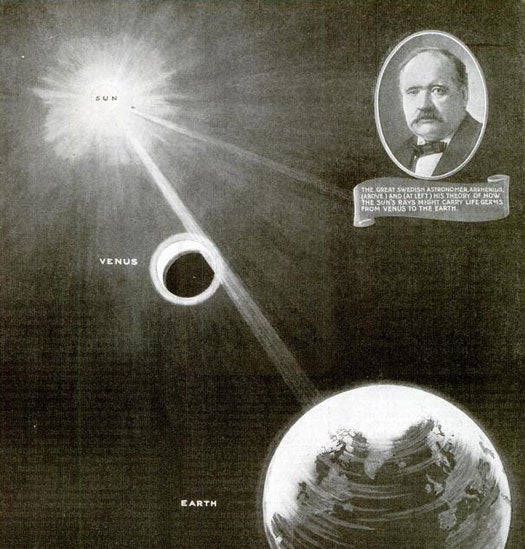 “Instead of being a vast, sterile void, are the far reaches of the universe in fact alive with clouds of tiny ‘life germs,’ that drift about from planet to planet, borne by the rays of Sun and stars?” Swedish physicist and Nobel Prize winner, Svante August Arrhenius theorized that rays of sunlight could transport life-breeding spores from Venus to Earth. Read the full story in “Did Germs from Other Worlds Bring Life to Earth?” 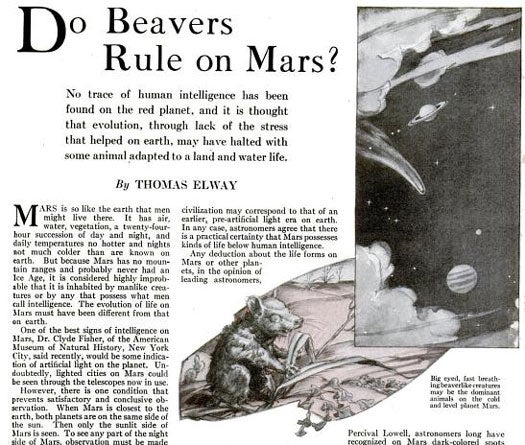 So much for little green men. While most astronomers conceded that no intelligent aliens lived on Mars, the existence of primitive Martian mammals was not yet out of the question. Extraterrestrial beavers, complete with warm coats and the ability to live on land and in water, seemed like the most logical choice for a planet with “air, water, vegetation, a twenty-four-hour succession of day and night, and daily temperatures no hotter and nights not much colder than are known on earth.” Read the full story in “Do Beavers Rule on Mars?” 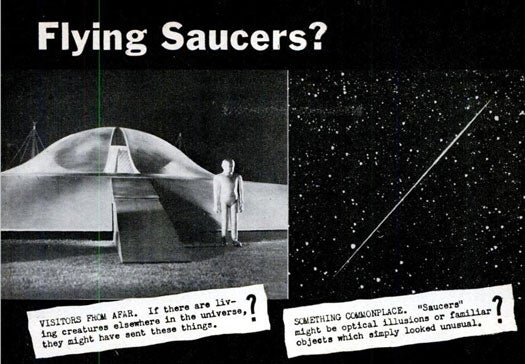 During one particularly UFO-fueled summer during the 1950’s, we surveyed people who claimed they say “flying saucers” to ask what they thought was the most plausible explanation for what they’d witnessed. Read the results in “What Were the Flying Saucers?” 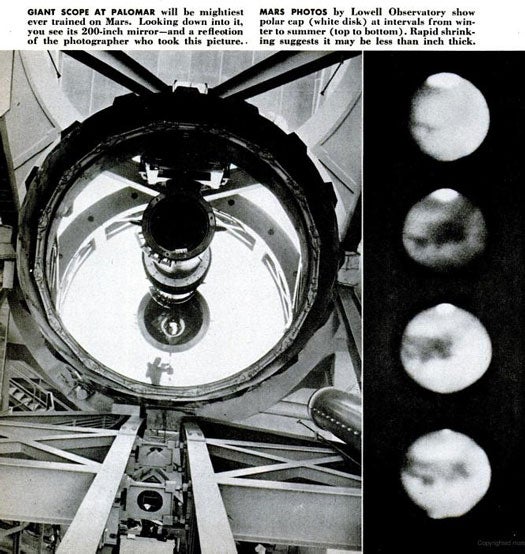 Scientists timed the construction of a groundbreaking 200-inch scope on Mount Palomar, in California, for the favorable position of Mars in 1956. At this point, we still hadn’t ruled out the possibility of Martian beavers. “There is a general agreement that life of some kind actually exists on the red planet. But there is also a consensus that animal life, as we know it, is either non-existent or extremely primitive.” Read the full story in “Does Anybody Live on Mars?” 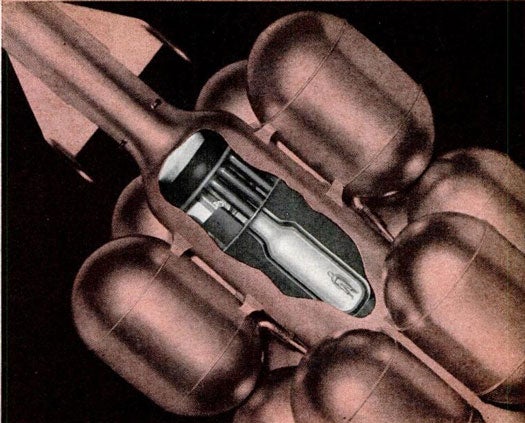 According to NASA’s “master plan” at the time, we were scheduled for manned missions to Mars, and perhaps contact with extraterrestrials, by the 1980s. NASA’s David M. Hammock, who thought we could be ready by as early as 1971, envisioned a 120-day trip to Mars, a 40-day stay, and a 240-day trip back to Earth. Pictured at left is a Mars ship designed by General Electric. Read the full story in “So We Land on the Moon — Then What?” 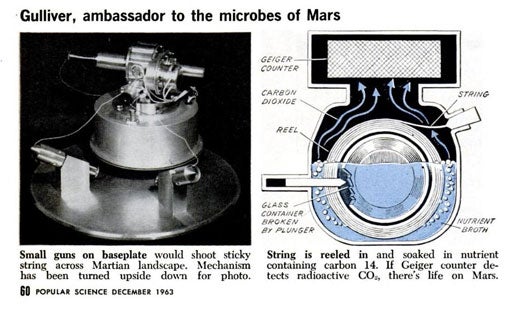 Dr. Gilbert Levin of Resources Research, Inc., designed his Gulliver device to pick up extraterrestrial germs using strings coated with silicon grease. At the time, Gulliver was scheduled to visit Mars in 1966. Read the full story in “So We Land on the Moon — Then What?” 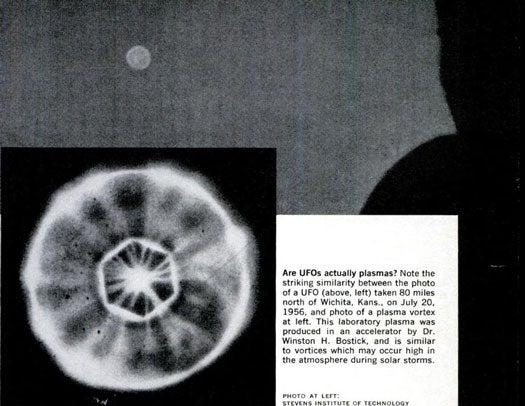 To set the record straight about UFO’s, we invited Philip Wylie, a prominent scientific writer, to offer insight into the various theories about alien spacecraft sightings. Although he more or less shot down the possibility that we’d been visited by actual aliens, he did look into the idea that balls of plasmic lighting were behind the phenomenon. Read the full story in “UFOs: The Sense and the Nonsense” 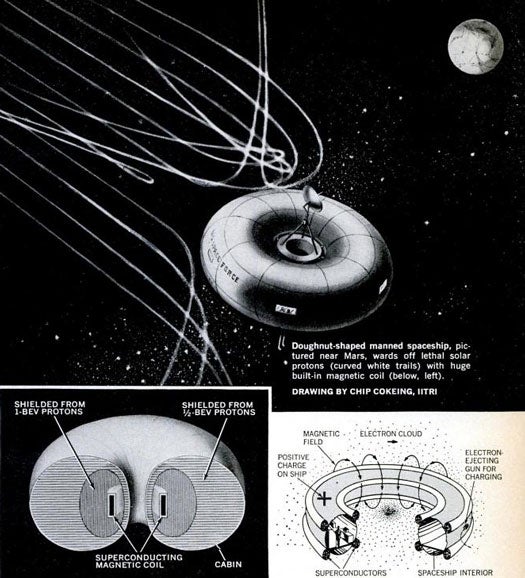 IIT Research Institute Scientists proposed that a spaceship with built-in magnetic shielding would protect our astronauts from the solar protons that would inhibit safe travel to Mars. To think that if this design had actually taken off, we’d have been the ones traveling in flying saucers. Read the full story in “Will Mighty Magnets Protect Voyagers to Planets?” 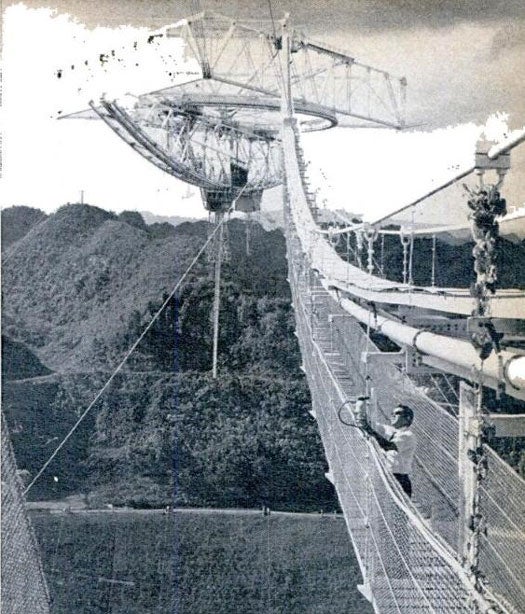 In the summer of 1967, radio astronomers at Cambridge University received peculiar signals while trying to measure the scintillation of quasars. After discovering more of these so-called pulsars, which hit the radio telescope with fantastic precision, the scientists hypothesized that the sounds were attempts at contact from intelligent beings. Pictured left is the Arecibo Ionospheric Observatory, a radio telescope operated in Puerto Rico by researchers at Cornell University. In 1974, scientists beamed a message from Arecibo to global cluster M13. It communicated, among other things, the numbers 1 through 10 and a graphic of our solar system. Read the full story in “Decoding Messages from Outer Space” 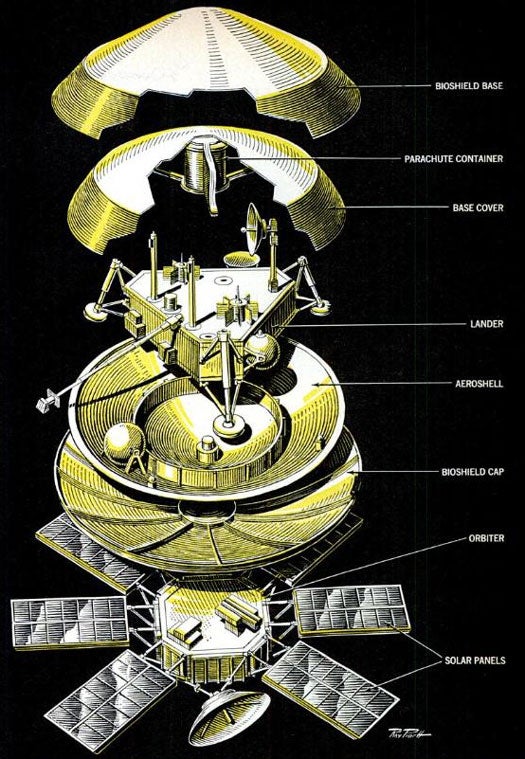 “Does life off Earth exist?” we asked again in 1971 while profiling the spacecraft that could “return a scientific bombshell.” NASA’s Viking mission sent two unmanned spacecrafts, Viking I and Viking II, to Mars in the mid-1970s. The probes photographed the planet while sending back information about its surface. While experiments failed to reveal any organic content in the soil, scientists continue to review how they can design more effective methods of testing. Read the full story in “How We’ll Search for Life on Mars” 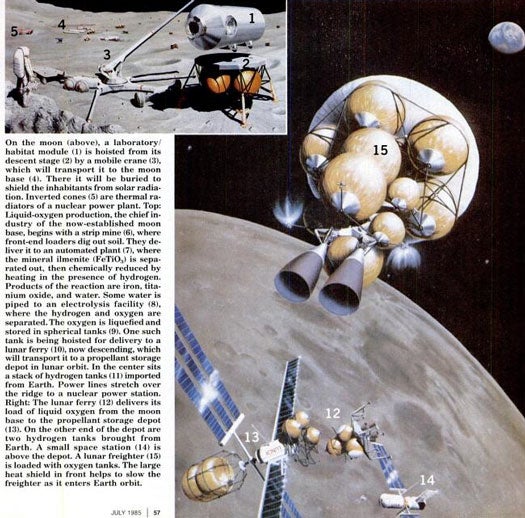 Technological advancements in the 1980’s opened up a serious discussion of a permanent lunar base. “This is no imaginary game called ‘2001,’” one researcher said. “The next century is just around the corner. Funding has to start in 1992 to have a base by 2007.” While discussing the project’s implications, we brought up the possibility of using the moon’s quiet atmosphere to search more effectively for extraterrestrial communication signals. Read the full story in “A Manned Base on the Moon?”
NASA
Space
aliens
Popsci Archive