US District Court Says No To Patenting Human Genes

In a move that could significantly alter the future of genetic medicine and the industry around it, a US District... 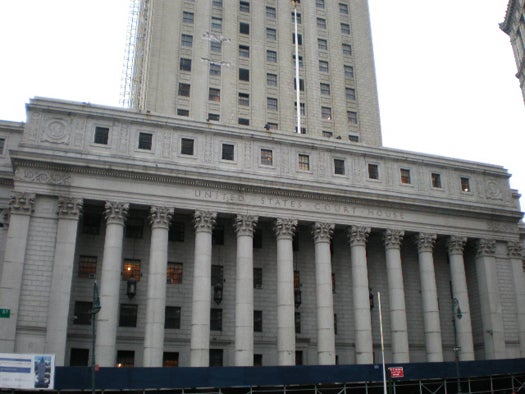 In a move that could significantly alter the future of genetic medicine and the industry around it, a US District Court judge invalidated seven patents for human genes linked to breast and ovarian cancer, on the grounds that genes are discovered, not created. The ruling opens up challenges against the patents held by numerous companies on thousands of human genes, and jeopardizes an industry business model based on exclusive rights to gene treatment.

The case, Association for Molecular Pathology, et al. v U.S. Patent and Trademark Office, et al., reverses decades of rulings, including a 1980 Supreme Court decision upholding the patenting of artificial bacteria. In his opinion, Judge Robert Sweet decided that naturally occurring isolated genes are not legally distinct from entire genomes, which are protected from patent by law. Judge Sweet even went as far as calling the reasoning that deemed isolated genes legally distinct from entire genomes a “lawyer’s trick”.

Both sides acknowledge that this case, if upheld, will have a profound influence on the future of genetic medicine. For the Association for Molecular Pathology, the plaintiff in the case, and their allies like the American Civil Liberties Union and the American Medical Association, this ruling wins people back the rights to their own genetic blueprint. Conversely, those siding with the defense believe this case will retard the progress of potentially life-saving genetic treatments by invalidating the current business model, thus making it harder for start up companies to raise the capital needed for developing new technologies.

The ruling does not effect genes developed wholly in labs, and does not immediately void the hundreds of other patents held on human genes. However, this ruling is merely the beginning of a lengthy legal battle, with similar suits likely to pop up around the country targeting other gene patents, and with an appeal in the works.