NASA has released the first crop of pictures chosen by you, the people, of interesting spots on Mars. Taken with...

NASA has released the first crop of pictures chosen by you, the people, of interesting spots on Mars. Taken with the high-resolution camera aboard the Mars Reconnaissance Orbiter, the pictures show boulder fields, mesas, sand dunes, pockmarked craters and even ice sheets that provide a glimpse of Martian climate changes. Astronomy buffs like James Secosky, a retired teacher in Manchester, N.Y., told NASA where to point and shoot.

“Some people get into model railroading or Civil War re-enactments. My thing is exploring Mars,” he said.

Alfred McEwen, principal investigator for the camera at the University of Arizona in Tucson, said he hopes the photos will inspire future generations. Along with being a nice opportunity for public participation, the photos could yield some interesting observations, he said.

“We appreciate fresh thinking outside the box and look for things we may not have chosen otherwise. It’s good to have a lot of eyes on Mars,” he said.

Secosky’s photo, which shows a region about three-quarters of a mile across, contains yard-scale surface textures of mesas and knobs in the Aureum Chaos region of the Red Planet. The rock layers probably formed through volcanic or sedimentary processes, and groundwater later caused the formation to sink, resulting in a cluster of valleys and hills. Tiny bumps and dark lines represent individual knobs and the paths of boulders that rolled down the hills.

Other orbiter missions have used public input, including the Mars Odyssey probe, which started taking suggestions in 2009. So far, more than 2,400 people have sent suggestions for the Odyssey and MRO cameras.

Suggested photo ops have to be well-framed, however. Suggestions must include an explanation about the targets’ potential scientific benefit, and they must fit into one of 18 categories.

The Reconnaissance Orbiter has returned more data about Mars than all other spacecraft combined, according to NASA. But only about 1 percent of the planet has been photographed. 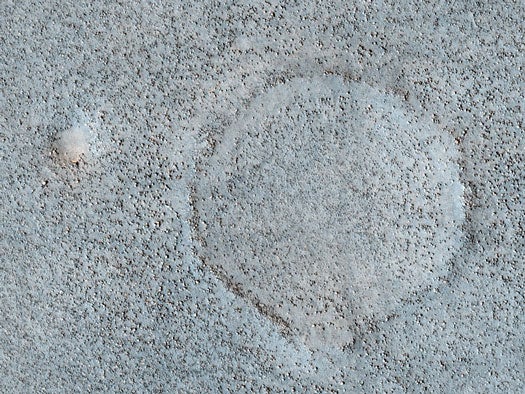 This image in the Cydnus Rupes region of northern Utopia Planitia is an excellent example of the rock and boulder strewn landscapes common to the northern plains of Mars. 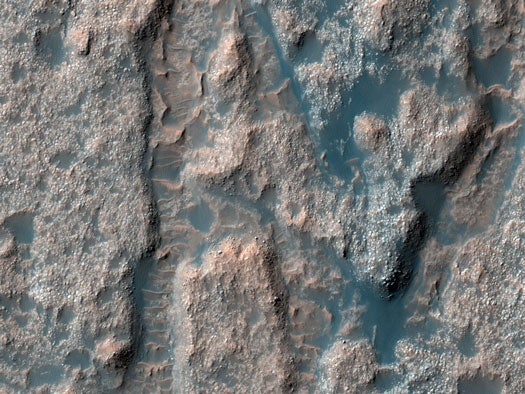 This image reveals meter-scale (yard-scale) surface textures of mesas and knobs in the Aureum Chaos region of Mars. 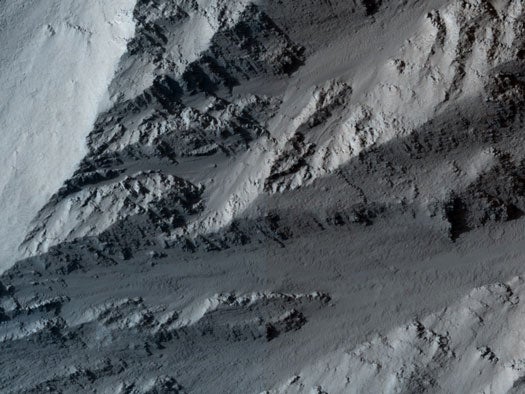 This image covers the northern edge of the largest volcano in the solar system, Olympus Mons on Mars. 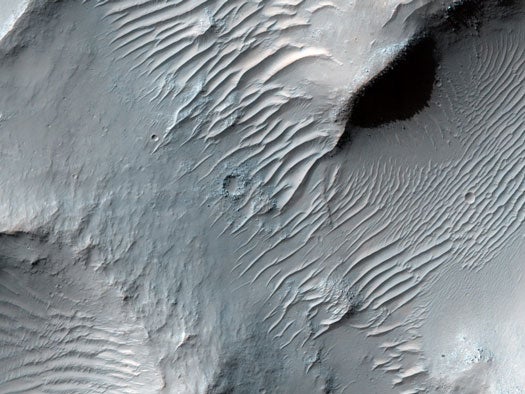 The High Resolution Imaging Science Experiment (HiRISE) camera on NASA’s Mars Reconnaissance Orbiter recorded this image on March 4, 2010 of Samara Valles, one of the longest ancient valley systems on Mars. 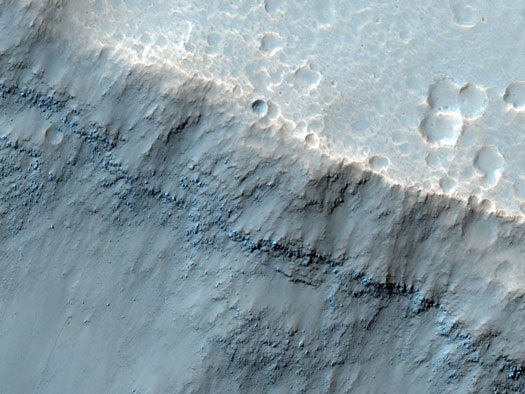 Deposits on the Floor of Palos Crater

This image shows a portion of the floor in Palos Crater on equatorial Mars. 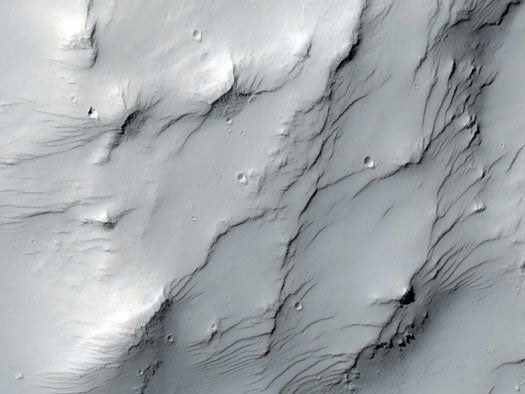 This image covers some high-standing topography just outside the rim of an impact crater about 30 kilometers (19 miles) in diameter near a Martian hill named Zephyria Tholus. 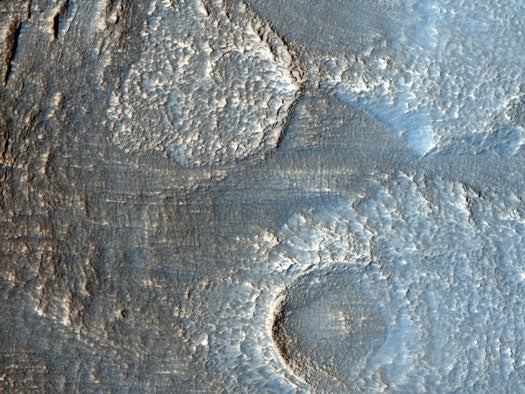 The terrain in this image lies in the Deuteronilus Mensae region along the highland-lowland dichotomy boundary in the northern hemisphere of Mars. 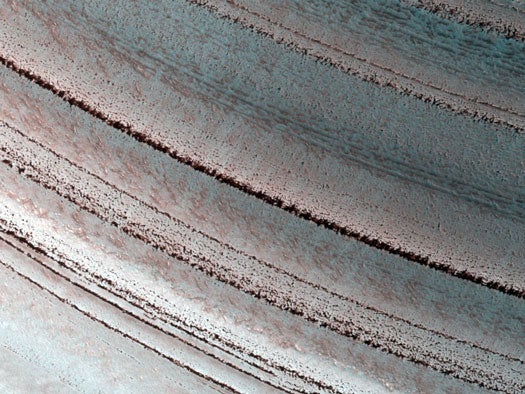 Icy Layers and Climate Fluctuations near the Martian North Pole

Just as with the ice sheet in Greenland this Martian ice sheet contains many layers that record variations in the Martian climate.
images
Mars
nasa
Photography
Science