RNAi, also known as “gene silencing,” is a cellular mechanism that blocks the production of proteins, and has tantalized doctors... 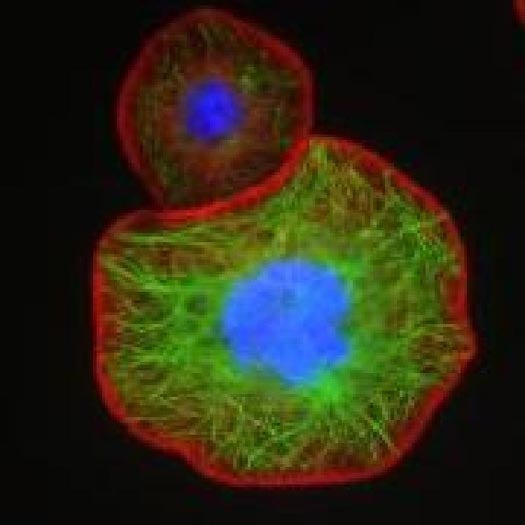 RNAi, also known as “gene silencing,” is a cellular mechanism that blocks the production of proteins, and has tantalized doctors as a potential medicine for a number of years now. However, by placing payloads of RNA in a polymer nanobot, scientists have finally shown that this technique can work against tumors in human patients.

Specially constructed molecules could potentially block the expression of genes critical to the reproduction of viruses and the spread of cancer. But until now, doctors had been unable to direct those molecules to the right cellular nuclei. Scientists from the California Institute of Technology solved this problem by placing the RNA molecules in a specialized polymer robot with a chemical sensor. When the environment of a cancerous cell triggered the chemical sensor, the robot releases the RNA.

The trial involved three people with melanomas who received the RNA-load nanoparticles intravenously four times, for 30 minutes, over three weeks. At the end of that time, samples taken from the melanomas showed both the presence of the RNA, and a reduction in tumor gene expression.

This technology still has a long way to go before it becomes a routine medical treatment. However, by targeting the epigenome, the expression of genes, as opposed to DNA itself, it has much more practical potential than genetic therapy. Plus, since RNAi can work against any transcription, RNAi nanobots could potentially disable both DNA viruses, like smallox, and RNA viruses, like SARS.