We thought it was cool when a team of Arizona State researchers engineered genetic bombs that blow biofuel-producing cyanobacteria wide... 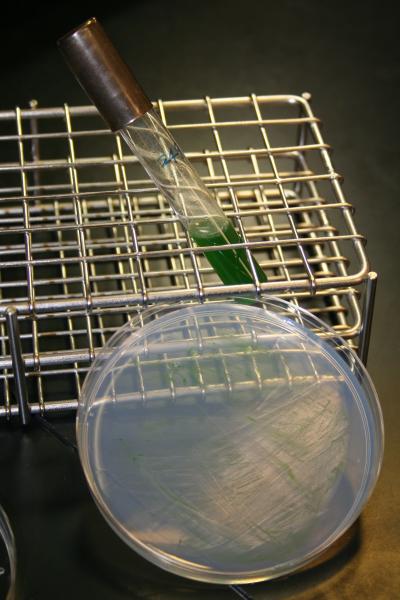 We thought it was cool when a team of Arizona State researchers engineered genetic bombs that blow biofuel-producing cyanobacteria wide open, releasing their sweet fatty acids without intense chemical processing. But now those very same researchers have figured out how to get at those fatty acids in a far less violent manner: by genetically engineering cyanobacteria to secrete their fatty cargos directly through their cell walls.

Bacteria are an ideal source for the key ingredient in biofuels — they are receptive to genetic manipulation, they have a high energy yield that draws on the sun, they don’t take up arable crop land and they’re cheap. But the energy-intensive and costly processes that extract the good stuff from bacteria can turn an otherwise good fuel source into a less-than efficient one.

But even after figuring out how to prompt an explosive cell suicide that turned the bacteria inside out, the ASU team wasn’t content that they’d found the most efficient way to get to cyanobacteria’s fatty goodness. “In China, we have a saying,” researcher Xinyao Liu says of the process. “We don’t kill the hen to get the eggs.”

The team’s earlier research had already figured out how to fatten up the bacteria by coaxing them into overproducing fatty acids. But instead of genetically bombing them, researchers introduced a specific enzyme, thioesterase, into cyanobacteria. The enzyme uncouples fatty acids from carrier proteins, freeing them within the cell wall until they reach the point that the cell secretes them through diffusion. The secretion process has also been enhanced by genetically removing a couple of layers from the cell envelope, increasing secretion rates by three times.

The result of all this genetic tinkering: tiny bacterial factories that continuously secrete the key ingredients for manufacturing cheap, sustainable biofuels. The researchers are confident that further tweaks to the bacteria can increase fatty acid yields, bringing the process even closer to scalability and — hopefully — commercial viability. And perhaps best of all: you get the eggs without killing the hen.