Massive Solar Storms of the Future Could Reap Katrina-Scale Devastation

If storms as strong as the biggest recorded in the last few two centuries, our electronics-dependent world of today could be in trouble 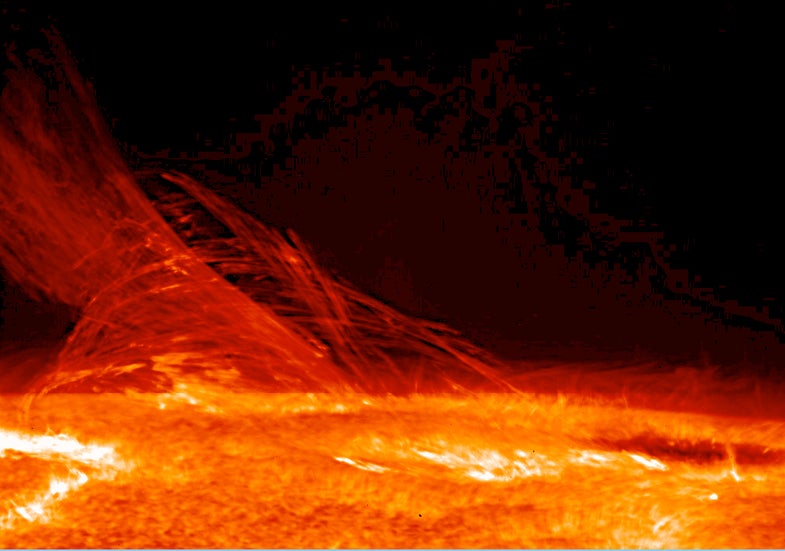 No electricity, no running water, and no phone service for millions of people. That scenario could easily become reality if a solar storm as intense as those found throughout the history of our planet were to strike Earth today. NPR reported on FEMA’s recent simulation of such a storm, and the grim conditions it uncovered.

Solar storms take place when the sun’s surface erupts and spews radiation or electrically charged particles toward Earth. The more frequent minor storms may cause some radio interference and create the Northern Lights spectacle known as the aurora borealis. But every few decades can see a huge solar storm that releases the energy of 1 billion hydrogen bombs.

Events of that magnitude took place in both 1921 and 1859, before the world had become reliant upon satellites and electronic devices in everyday life. A recent exercise held in Boulder, Colorado simulated a worst-case scenario based on that storm, and involved both space weather experts and officials from the Federal Emergency Management Agency (FEMA).

In the simulation, the solar storm first disabled most commercial satellites that transmit everything from phone conversations to TV, not to mention credit card transactions at the gas station pump. The next day, the storm created electric currents in power lines that destroyed most transformers around the world, and cut out electricity for much of the northern latitudes.

Individuals or families should simply prepare for the event like any other natural disaster by having emergency supplies always ready, experts say. But the disruption would reach a grand scale that people have only glimpsed before during major blackouts.

There’s no good defense against such an event. All that scientists can do is hope to build a better warning system by monitoring the sun’s activity with new solar observatories.